Grain to glass with Flack Manor 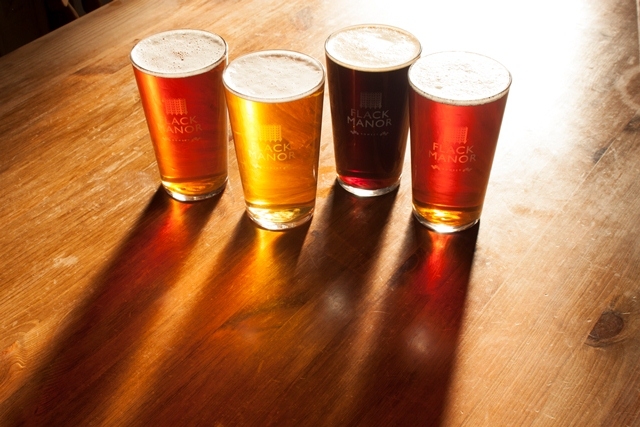 The event is ticket only and will run from 17.30-22.00. The £5 entrance fee includes guided tour of the brewery, Cask Ale Week souvenir pint glass, sampling tokens for two pints, a Brewery Banger in a Bun, morris dancing and more. Proceeds from ticket sales will go towards a local charity.

There will be five beers to sample: Flack Manor’s classic Double Drop, SIBA medallist Flack Catcher, WW1 commemorative ale Hedge Hop, Halloween Special Wolfie-T (based on the Broadlands myth) and Pale Ale TPA. There will also be The Romsey War Horse, with proceeds from this bottled conditioned beer going towards the Romsey War Horse statue appeal in recognition of the Romsey Remount Centre.

It is just four years since Flack Manor was established and this event, a celebration of Cask Ale Week, is an ideal opportunity to open doors to suppliers, customers and the local community and reveal the story behind the beers, from grain to glass, the ingredients brewers use, who grows them and all the different varieties.

The real ale lifecycle begins with the ‘grain’ – the barley farmer, maltster and certified seed supplier.  The other vital ingredient, the hop, adds the specialist hop grower and hop merchant to the cycle. The brewery adds liquor and creates the magic blend, but not without brewing sundries from cask suppliers to clarifying agents. Spent grain is recycled to feed cattle, yeast to feed pigs and spent hops are also recycled. The licensee is a key part in distributing the beer to as wide an audience as possible. Last but certainly not least is the customer and the reason for being.

Tickets are available from The Flak Shak at the brewery or contact Flack Manor on 01794 518520 or info@flackmanor.co.uk.