Fuller's to continue its support for Hampshire Fare 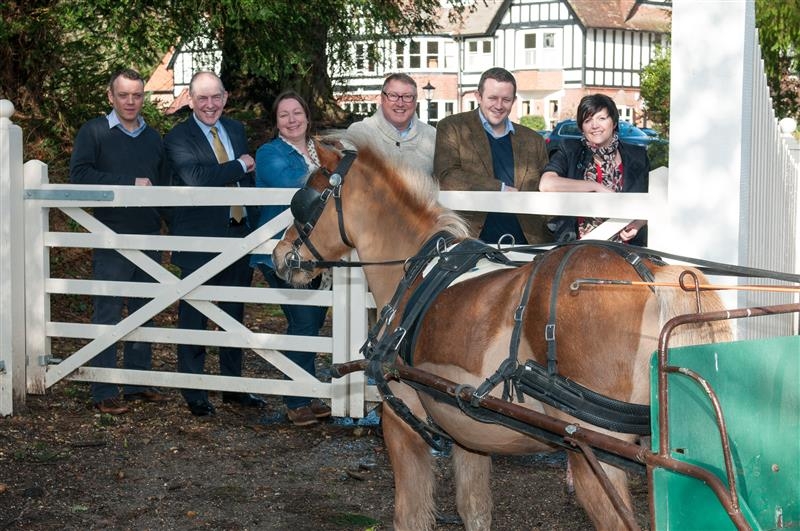 Hampshire Fare was set up in 1991 and now works with more than 270 members including local producers, pubs, restaurants and independent retailers and farm shops.

Our invaluable work is only possible due to the support of our Corporate Partners and Friends. Fuller, Smith and Turner PLC has worked closely with Hampshire Fare for many years to back the food group’s work as a Corporate Partner and has just renewed its partnership agreement. Strong advocates of local food, plenty of Hampshire meat and other produce can be found on the menu at Fuller’s pubs.

Fuller’s has a strong presence in the county after taking over Hampshire-based brewery George Gale & Co in 2005. Pubs include the newly refurbished White Buck in Burley in the New Forest. Here diners can choose from a menu including game from the New Forest, local cheese, Hampshire belly of pork, local ice cream and more. The luxurious rooms offer a perfect place to stay and relax when discovering the New Forest.

Fuller’s is proactive in its support for local producers. Every year during July’s Hampshire Food Festival, chefs from the pubs go head to head in a cooking competition featuring local ingredients. Last year, Simon Bone from the chef from The Bat & Ball in Clanfield was crowned the winner with his locally sourced pan fried turbot. Events are held to promote local produce including the Taste of Hampshire event taking place at The Wykeham Arms in Winchester in later this month.

Hampshire Fare’s Commercial Manager, Tracy Nash, is pleased to announce Fuller’s renewal of their support for the food group: “We are grateful for the support Fuller’s, Smith and Turner has given Hampshire Fare over the years and are delighted that they want to continue to endorse our work. It is wonderful to see such a presence of Hampshire produce on their menus. We look forward to continuing our partnership and working together to support talented local producers.”