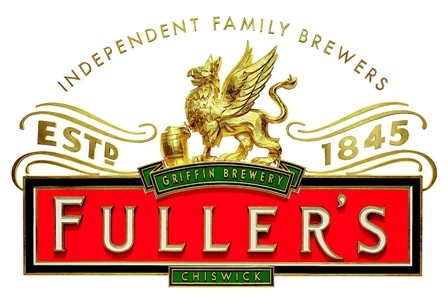 Last week,the independent family brewer and Hampshire Fare Corporate Partner, Fuller's presented a cheque for £33,620 to children's hospice charity, Shooting Star CHASE. A bespoke children's menu was created with a 30p donation from every meal sold in over 75 pubs in the Fuller's managed estate, going directly to the charity. In addition, a number of fundraising events and competitions were held across the company which have contributed £12,000 to this impressive donation.

Fuller's primary suppliers of high quality meat products, Owton's 'Traditional Family' Butchers, who are based in West End, Southampton and are members of Hampshire Fare were on hand to present a cheque for £500 to Shooting Star CHASE which was raised from the sales of Owton's Limited Edition Pork, Roasted Pumpkin & Hampshire Honey Sausages of which £1 from each Kilo sold was donated to the charity.

A celebration was held at The Anglers pub in Teddington where Jonathon Swaine, Managing Director for Fuller's Inns, presented the cheque to David Burland, Chief Executive Officer of Shooting Star CHASE.

Face painters and balloon artists joined the party to entertain the attending children and families who benefit from the charity.

During the celebrations, children were given the opportunity to sample the unique menu of nutritious meals such as macaroni cheese, beef bolognaise and chicken burger - all made using locally sourced, fresh ingredients - and accompanied by the PIP Organic range of juice for kids.

The menu, which is being continued throughout Fuller's managed estate, also includes word games and colouring, and is designed not only to keep the children entertained but is set to Key Stage 2 educational criteria.

David Burland, Chief Executive of Shooting Star CHASE, commented: 'We are extremely grateful to Fuller's for its support of Shooting Star CHASE. This donation helps give security to so many important parts of our work, supporting families with children and teenagers with life limiting conditions. It is a pleasure to have been invited to this special lunch together with some of the families we support and we look forward to a long and continued partnership with Fuller's.'

Anita Naik, Assistant Retail Marketing Manager from Fuller's, who has led the fundraising campaign added: 'We are delighted to present this cheque to David and the hospice while celebrating our work together in the past 15 months. We now look forward to continuing to support Shooting Star CHASE by developing the menu with new dishes and updated placemats for different age groups, focusing on the curriculum. The new menus will be released in time for the February half term and we will be rolling it out to even more pubs, helping to drive more fundraising support for the charity and the children it helps.'

Gill Owton, Director from Owton's Butchers commented 'It is fantastic to be able to use our products in such a way that can benefit these amazing children and are looking forward to working more closing with Fuller's and Shooting Star CHASE throughout the year. With both Fuller's and us at Owton's being longstanding family businesses it is great to offer our support to the families that use Shooting Star Chase.