Fuller's Chef of the Year 2018 Announced 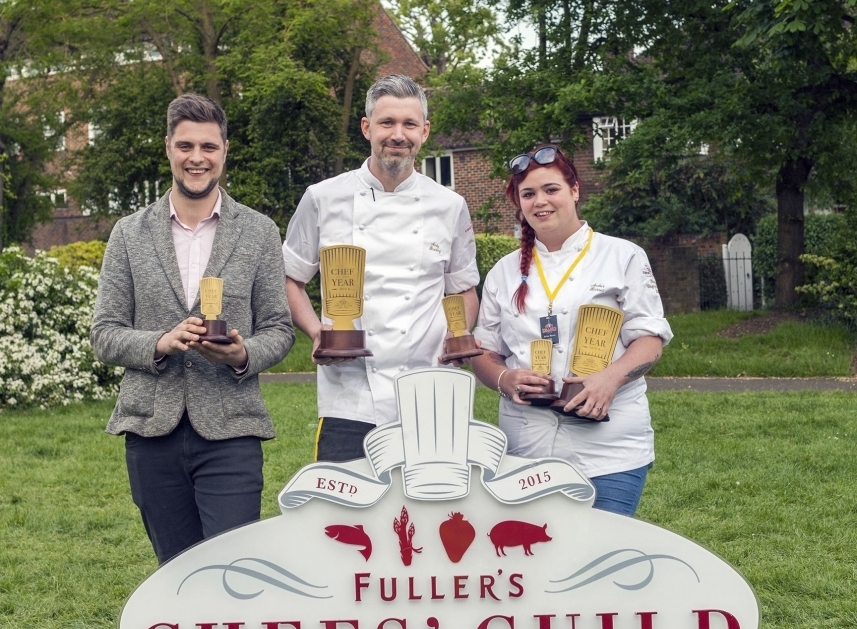 Fuller, Smith & Turner P.L.C., the London brewer and premium pub company, is delighted to announce Andy Bunting, Sous Chef of The Wykeham Arms, Winchester has been crowned Fuller’s Chef of the Year 2018.

There were two categories in the competition, Chef of the Year who became the overall winner and took the title and the Junior Chef of the Year. Bunting won the title of Chef of the Year, cooking a three-course menu, working with his restaurant supervisor to cook and serve for customers. The Junior Category was won by Amber Barnes, Sous Chef of The King’s Head in Wickham, with a two-course menu. The Wykeham Arms, Winchester celebrated further success with a win in the Restaurant Service Award, for employee Luke Guthrie.

Bunting and Barnes were crowned victorious following a final cook-off, where they went head to head against other Fuller’s Chefs in both categories. They were challenged with designing a menu using the following seasonal ingredients: starter of scallops, main course of lamb (two cuts) and pudding with raspberry and lemon.

Paul Dickinson, Fuller’s Director of Food, said: “I am absolutely overwhelmed for Andy and Amber. They both exceeded the challenge set to all those who entered, with great innovation, skill and creative approach, simply perfectly executed on the day for the judges and customers. I am excited about their future with us which will inspire the rest of our chefs to rise to the challenge for 2019.

“Competition was high and the judges were looking at the chefs’ skills and methodology in their cooking, but also at the balance of their menus, the presentation, the flavours, and the execution of the ingredients.

“This competition raises the profile of food and our chefs in Fuller’s. It is an important driver for our business around upskilling our talent and it is brilliant that we can recognise the very best chefs in our team in order to secure long term success.”