From ties to pies 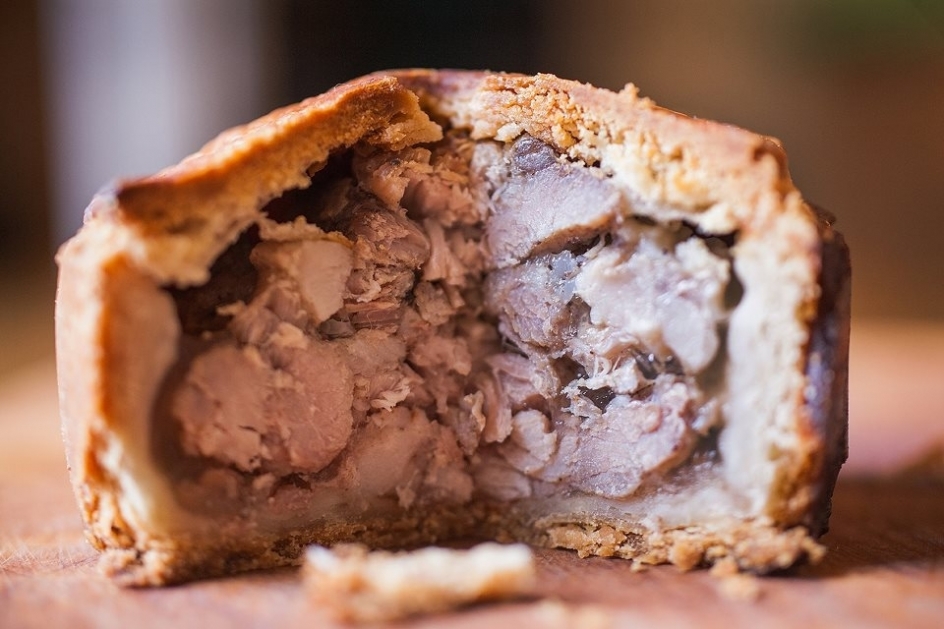 Before becoming an expert pie maker, Jon Kaye dedicated many years to a successful career in journalism and communications. However, he was always drawn to pursuing a food-related path but it took a little time to find out exactly what it was meant to be. After several years of experimenting and perfecting Jon decided to swop his tie for an apron and Jake's Artisan Foods was launched.

To mark British Pie Week (4th-10th March), we encouraged Jon to take ten minutes away from the oven to tell us more about his love of pies.

What made you step away from the 9-5 and put on your apron?

Total serendipity. I’m an inveterate amateur cook and the pork pies just emerged as a sellable, scalable product. It could well have been ready-made currys. Oh, hang on…

Describe your pies in one sentence.

Hand-cut locally sourced free-range pork shoulder in a classic hot-water pastry simply seasoned with sea-salt, black pepper and a hint of spice, with a just a hint of jelly made from the rind of the same animal – simple.

How long did it take to perfect the recipe?

Probably three years to reach near-perfection. But it’s still getting better all the time.

Were family and friends supportive of your venture?

My wife is my biggest fan and most constructive critic. Without her kicking me to do this full-time, Jake’s would not exist. The kids are incredibly supportive too, though only in wanting to know when Jake’s will be sold for millions of pounds.

You always sell out at events, do you attract a loyal following or are they often new customers?

It’s always a mix. I’m reminded every week at farmers’ markets just how important loyal customers are, not just for regular sales but more importantly for their commitment to the local produce cause. Gaining new custom is equally gratifying, realising (again) that a complete stranger who tasted a product that you made with your own hands now wants some more. What could be better than that?

Best bit of customer feedback you have received?

I literally have hundreds of emails, direct messages and posts saying, broadly: ‘That is the best pork pie I have ever tasted’. It’s amazing and I can’t think of anything more gratifying.

Quality has always been key to you, why do the ingredients matter so much to you?

This whole enterprise was founded on the notion that my family holds so dear at home: locally-sourced ingredients, free-range meat and respect for the thing at the end of your fork. I turned vegetarian at university and it was years before I understood what free-range and organic farming was all about. Which is caring and respecting and understanding the relationships between humans, animals, crops and the land.

What do you love most about what you do?

Getting an unsolicited message from someone saying how much they and/or their family enjoyed the pies. Second place goes to the moment when I’m retrieving a batch of beautifully cooked pies from an oven and can’t quite believe they came from my own efforts.

How do you eat your pork pie/best served?

Thin wedges with a glass of white wine, preferably with apple, pear or apricot notes, not too dry. Hambledon Vineyards’ Classic Cuvée is brilliant, as is Danebury’s Madeleine Angevine. Think also La Gitana Manzanilla on a hot summer’s day. Otherwise, wedges with a wee dab of Dijon or Pommery grain mustard, or even Hampshire wasabi. They’re fabulous hot, too: 20 minutes in a 180C oven. Soft, moist and a ridiculously heady scent.

Your pies are pocket sized, what is the most exciting adventure you have been on with one of your pies?

I’m not that exciting. Maybe having a pie on a French motorway services picnic bench on the way to Languedoc or Provence. But friends and colleagues have taken the pies all round the world, often smuggling them in inconvenient places to get round the foreign produce import bans. Some have even sent very nice letters of support from prison, saying it was all worth it.

Plans for the future?

I’m now obsessed with trying to perfect a gluten-free pie that’s in every way as good as a classic Jake’s. It’s not far away, and with a good tailwind the pies should be available to order by the end of March. 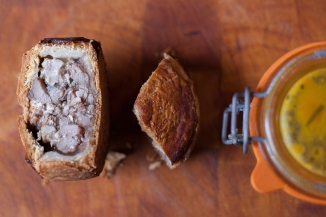 You could be tucking into six award-winning hand-cut pork pies made by Jake's Artisan Foods.

Competitions
Back to News