From Garden Shed to Gin Palace 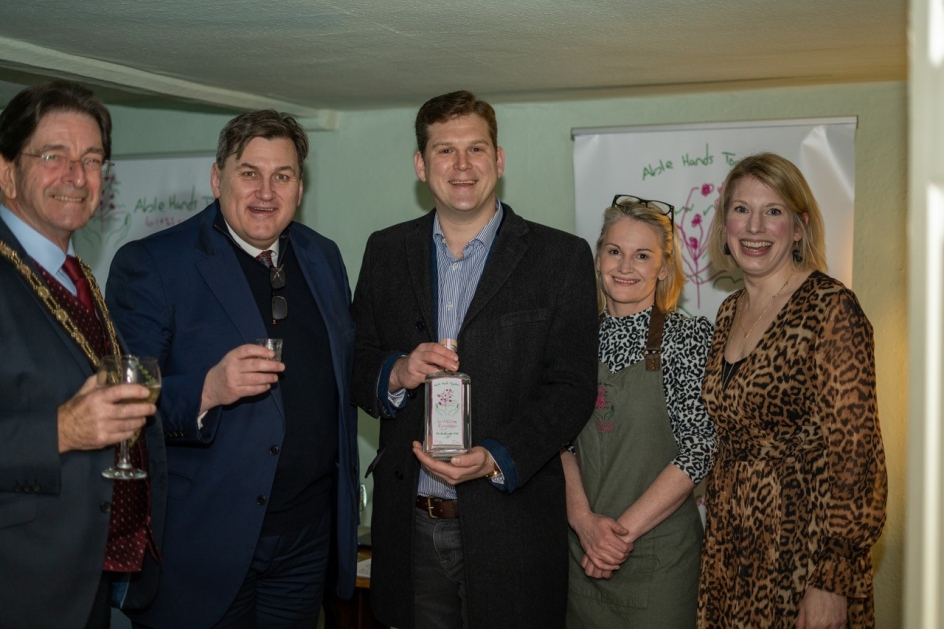 It’s been a five year journey from Grandad’s garden annexe to a 17th century coaching inn (aka The Gin Palace) for Kate Griffin, founder of Wessex Spirits, and the launch event for the new premises provided a great opportunity to celebrate Wessex Spirits' 5th birthday.

Former secondary school English teacher Kate Griffin started making gin in February 2017 in the garden annexe of her Grandad’s house in a small village near Andover. Initially Kate only planned to launch one product: Test Valley Gin. However, instead of going back to teaching, she launched a second gin at the end of 2017: Spire Gin. Since then she has gone on to produce more of her own brand gins as well as bespoke gins for clients.

The following year in 2018 Kate moved to her own commercial premises in Andover – the original Gin Palace, establishing her first tasting room here and discovering, much to her surpirse, that she absolutely loved hosting tasting events.

Kate reflects: “Tasting events are very light-hearted, like the business as a whole, and not really about the gin, but more about bringing friends and family together to share time and experiences.”

The tasting room was only small, hosting just six to eight people. With Kate’s gins becoming more and more popular, she was fast running out of space. Then, as if it was meant to be, the old Lamb Inn on Winchester Street became available. Without a huge amount of thought Kate jumped right in - although she wonders if she was pushed by a hubby who always wanted his own pub!

Swapping a tiny space for an enormous space created a new conundrum – what to do with all the room? The answer was to ask The Andover Tap to join Wessex Spirits under the same roof. It was the perfect match as the two businesses have similar values, support local producers and serve the community. Kate and Tim Abraham (of Andover Tap) had worked together previously so they knew they could form a successful collaboration with a vision to create a real destination venue in the heart of Andover.

After getting the keys in September 2021, the beautiful 17th century building was given the love and care it so desperately needed and opened its doors to discerning customers once again in November 2021, with an official launch event in February 2022.