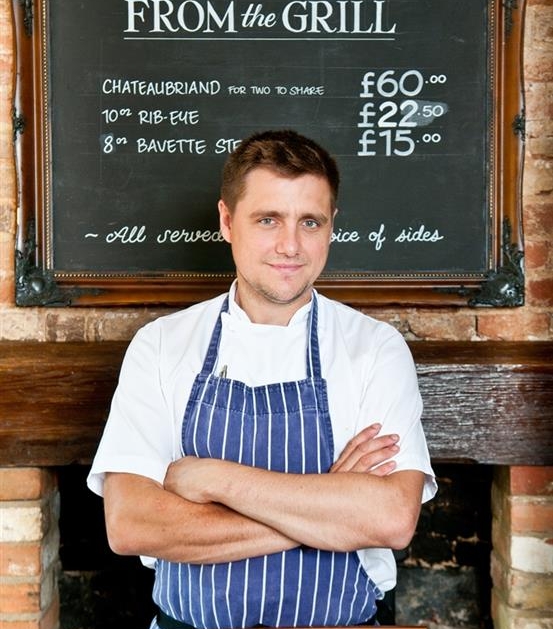 Hampshire is highlighting its credentials as a top foodie destination by appointing a TV chef as its first food tourism ambassador. It is believed to be the first county in England to have its own food tourism ambassador – part of a move to confirm Hampshire's spot on the map as a place where visitors experience “England at its finest”.

James Durrant, Chef Patron at The Plough Inn, Longparish, BBC 2’s Great British Menu main course winner and fourth in the Top 50 Gastropubs in the UK, has been appointed as the inaugural food tourism ambassador of Hampshire. James will champion the best dining experiences, talent, suppliers and growers that Hampshire has to offer in a bid to boost tourism to the county.

James says: “Hampshire’s a great place to escape to, especially for people living in London. It’s got that slower pace of life you’d want for your down time, but also really good quality places to eat and stay. It’s that combination that makes it special.”

James’ first role as ambassador will be to take a taste of the county into the city, when he will host an exclusive dinner in London for top-tier travel, food and lifestyle journalists at Angela Hartnett’s restaurant Merchants Tavern. The event is designed for journalists to experience the food of the region and whet their appetite to visit Hampshire for themselves. James will create a regionally inspired menu and source ingredients from Hampshire’s larder working with artisan suppliers. He will be joined by three other top Hampshire chefs who will each cook a course including Luke Holder at Lime Wood in the New Forest;  Andres Alemany at The Purefoy Arms in Preston Candover and Pulpo Negro in Alresford; and David Wykes at Verveine in Milford-on-Sea.

James is also part of Visit Hampshire’s Great Hampshire People campaign which is designed to celebrate well-known people who love living in Hampshire. James is joined on the campaign by David ‘Freddie’ Carr and Matt Cornwell who are both part of the UK’s bid for the Americas Cup World Series in Portsmouth in July; Marylyn Abbott, one of the world’s greatest garden creators, whose garden at West Green House also hosts one of the most prestigious country house opera seasons in England; James Golding, head chef of the acclaimed kitchens at The Pig in Brockenhurst whose menu is famously grown, collected and foraged within the grounds or sourced locally from a 25 mile radius; and Jimmy Adams, captain of Hampshire Cricket Team.