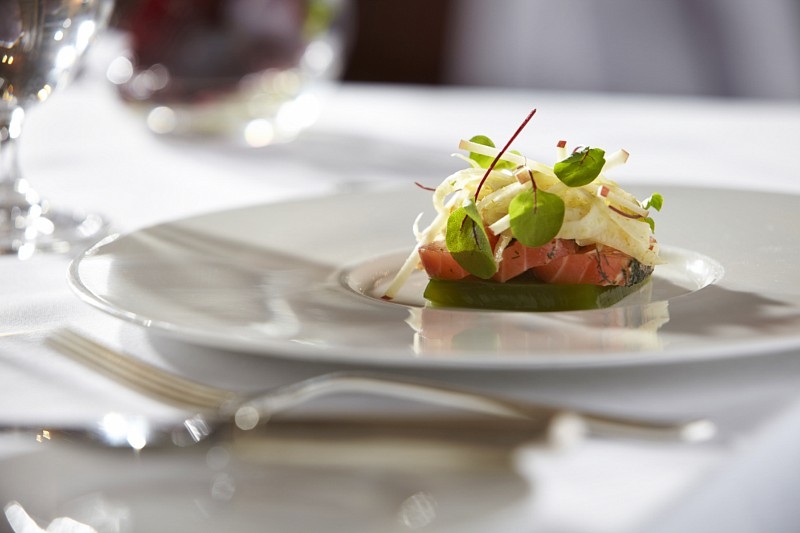 Chefs of the future are invited to step up to the pass with Exclusive Chef's Academy.
Exclusive Hotels and Venues have launched the Exclusive Chef’s Academy headed up by Andy Mackenzie, the group’s former executive chef of Lainston House Hotel. The Academy aims to develop the chefs of the future with a comprehensive and inspirational career development programme which will offer opportunities within the Exclusive Hotels and Venues group. It is aimed at commis chefs with at least a year’s experience and is designed to take them to chef de partie level. Trainees will be able to draw on the expertise and experience of Michelin-starred and award-winning chefs, such as Steven Edwards, winner of MasterChef The Professionals 2013, Richard Davies, winner of BBC2’s Great  British Menu 2013, and Michael Wignall who has been awarded two Michelin stars, among others. In addition there will be masterclasses, workshops and visits to quality producers.
Andy Mackenzie, who is heading up the Chef’s Academy, has been with Exclusive Hotels and Venues for over 27 years and has performed hundreds of cooking demonstrations at schools, colleges, food festivals and even radio stations. He was also instrumental in launching Create & Cook, a cookery competition aimed at showcasing the culinary skills of young people across Hampshire.
The first programme will commence in July 2014 and is a two-year course. To register your interest email dawn.packham@exclusive.co.uk. All candidates will be required to complete an online application form at exclusivechefsacademy.co.uk and attach a copy of their CV. Those invited for interview will attend an assessment day with final selection involving a skills test and working interview at one of Exclusive Hotels and Venues’ properties.