Dishing up a Hampshire Favourite 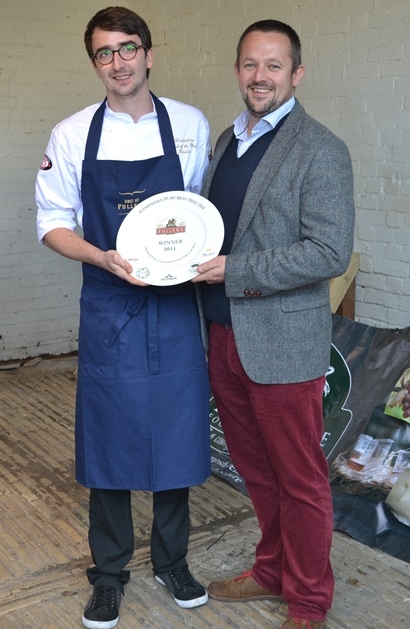 Dishing Up a Hampshire Favourite

The winner was Oscar Whiteman of Cams Mill, Fareham, who cooked a pan-fried pollack fillet on potato, bacon and cabbage. Runner-up was Gavin Sinden of Wykeham Arms, Winchester, who prepared pork loin and faggots with compressed pear and autumn vegetables. Third place went to Nick Campbell of Plough Inn, Ealing, who served up pork fillet on autumn cabbage (Hampshire produce is used by many pubs across Fuller’s Brewery).

Stephen Ramos commented: “This was a closely fought competition between our six finalists with just a few points between them. All the judges were impressed by the standard of the finalists who were showcasing both their skills and the quality of the local produce.

“This year we were very pleased to be able to hold this annual competition at the newly refurbished Fox & Hounds in Lyndhurst, which now incorporates a café, produce shop and the only rotisserie in the New Forest. The competition was held alongside displays by a selection of boutique artisan producers, a combination that worked very well.”

Tracy Nash, Commercial Manager with Hampshire Fare, added: “This event was a great opportunity for the public to meet a range of local producers, but it was in particular a celebration of Fuller’s support for Hampshire produce.

“There were also opportunities for producers, such as Cold Pressed Oils, Hockey’s Farm, Hill Farm Juice and others, to engage with food buyers from Fuller’s and The Southern Co-operative – a very valuable exercise.

“I am always impressed and delighted with the way our food community interacts and supports each other, and I would also like to thank Sunnyfields who supplied the kitchens for the competition.”