Discover a Flavour of Hampshire at Local Produce Show 2019 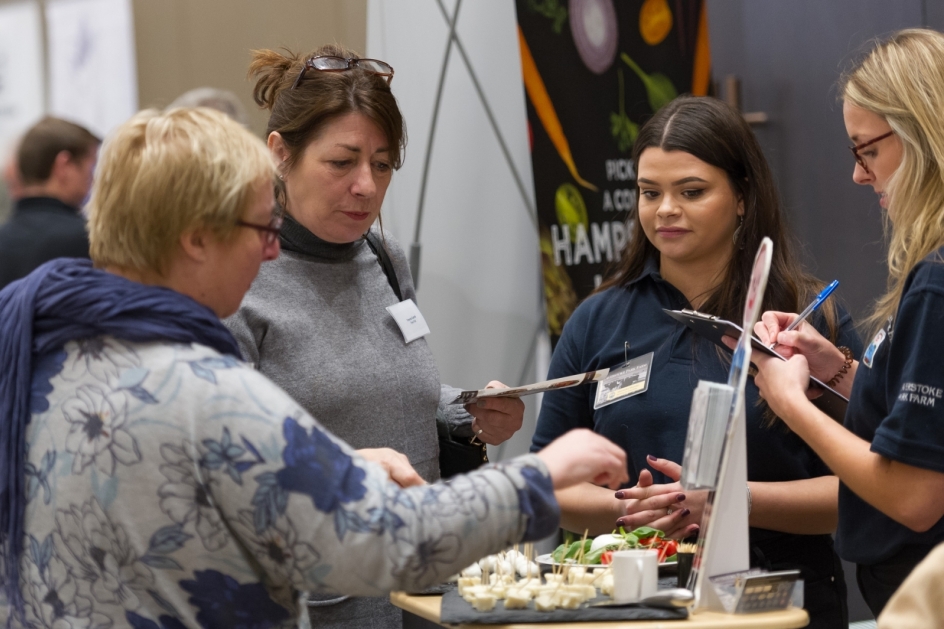 The company is an outstanding example of a local food producer taking a traditional artisan product and innovating it into a diverse product range that has national and international appeal.  The Great British Biscotti Co, which launched in 2016 and is now in its third bakery due to its expanding customer base from the UK to North America and the Middle East.

“As consumers seek out new and exciting products to try, a trend of innovation in traditional food and drink is emerging” explains Paul Rostand of Great British Biscotti. “Consumers are becoming more adventurous in their tastes but want to retain that hand-crafted quality. As a result, buyers are seeking products that stand out in both flavour and quality.  As developers of a product which can adapted in both flavour and texture, the food and drink sector is an exciting place to be right now.”

The company’s recent awards, including the Food Manufacturer Excellence Award for Best SME Innovation of the Year, are testimony to this flavour innovation and the food revolution that the company is a part of.  The Great British Biscotti Company is a fine example of how speciality food producers are continually evolving recipes to provide the customer with select and ultimately delicious products. Their repertoire of 28 flavours includes the savoury biscotti range of Cheddar & Fennel, Chorizo & Cheddar and Indian Spice and a sweet biscotti range from the traditional almond to USA inspired varieties including Banoffee Pie.

“We have previously exhibited at the Local Produce Show and I’m delighted to be opening the event this year” says Paul. “As a business, the Show enables us to build local partnerships which often go on to become customers.  We have an objective in 2019 to build upon the food service arm of the business and with many hotels and caterers attending the event, the Show will be the perfect way for us to start the year and work towards this.”

“The food industry needs events like this, they are a celebration of local food artisans that retain traditions whilst embracing innovation.  The Local Produce Show supports our local food and drink economy and heritage whilst enabling local producers to run sustainable and successful businesses.”

The Business South Local Produce Show returns on 22 January 2019 at Southampton Football Club. The event, which has been established for over a decade, is the foremost of its kind in the region. It brings together high-quality local producers with influential catering and hospitality trade buyers.

For chefs and buyers, the event provides an invaluable opportunity to source new and exciting ingredients whilst supporting the regional economy and its local producers. Previous buyers have included; Carnival UK, University of Southampton, Ideal Collection, Hampshire County Council and Hilton at the Ageas. Chefs, buyers, food and beverage managers and shop owners are invited to attend for free to explore what the region has to offer. Book now.