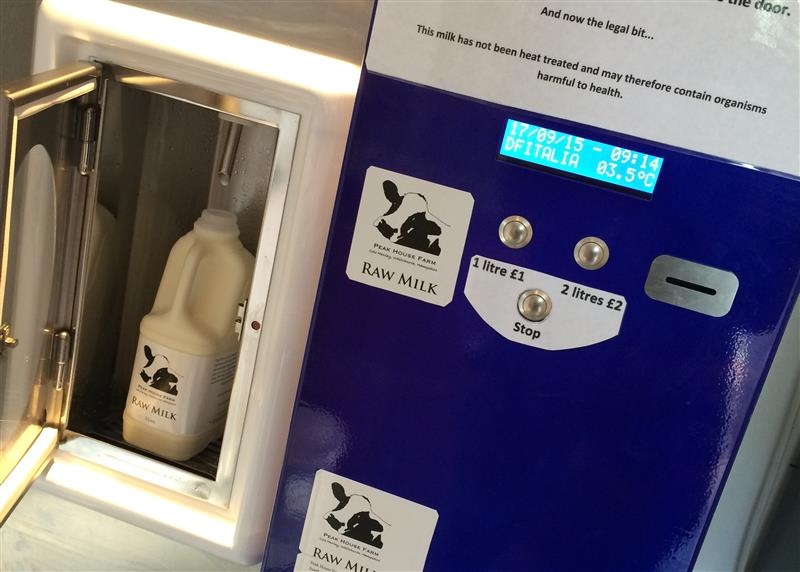 British dairy farmers are facing a tough time. They are being forced to find ways to survive. Peak House Farm near Whitchurch in Hampshire is leading the way with a revolutionary raw milk facility.

Jenny and Mark Stevens have approximately 100 milking cows and 120 young stock, and a Hereford bull called Monty. The cows produce on average 2500 litres of milk per day, 7 days a week, 365 days of the year.

The girls are mainly Holstein, British Friesian crossed with Brown Swiss and now Swedish Red. During the spring, summer and autumn months they graze on the beautiful Hampshire countryside and during the winter months they live in the yards in loose housing with deep straw beds where they are free to roam and have constant access to food.

With milk prices falling Jenny and Mark needed to think of a way to protect their herd and their business. They have invested in a raw milk facility which means people can dispense their own milk seven days a week. This supplements the income they receive from Arla, the farmers’ co-operative that buys their milk.

The raw milk is in its natural state and contains only 4% fat, and has a delicate, refreshing flavour which varies according to the seasons. As you will buy it at no more than 36 hours old, if you keep it refrigerated it will last for quite a few days.

The new initiative has already gained a big following with people organising milk runs to and from the farm. It has brought communities together in a mission to support local dairy farmers. If you too want to show your support and try raw milk visit www.peakhousefarm.co.uk to find out more.