Create & Cook Takes Off at Aviator 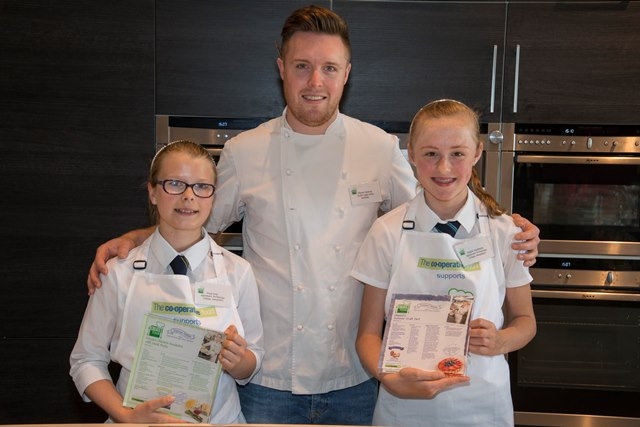 Adam Fargin, Executive Head Chef at Aviator, Farnborough, is launching the 2015 Create & Cook Competition, a hotly contested cookery challenge for 12-14-year-olds that encompasses Hampshire, Isle of Wight and Sussex and is organised by Fit2cook food education and sponsored by The Southern Co-operative.

Adam is keen to pass on his enthusiasm for cooking by encouraging entries to the competition: "Competitions such as this are a fantastic way to promote the food industry to the young people who will eventually be in our kitchens and become the new breed of chefs in our profession. I am very passionate about both teaching youngsters and also using and promoting local produce and the beauty of this competition is that it encompasses both of these areas."

Born and bred in Hampshire, Adam learnt his chef skills at Highbury College and has worked in top Hampshire hotels including Hotel du Vin in Winchester, Marriott Meon Valley near Southampton and Audleys Wood in Basingstoke. He joins a prestigious line up of competition judges, including reigning BBC Masterchef: The Professionals champion and Chef/Director at Etch Food in Sussex, Steven Edwards; Executive Chef Andy MacKenzie for the Exclusive Chefs Academy; Isle of Wight Chef Ben Cooke from The Little Gloster and The Southern Co-operative's Chief Operating Officer for Food Retail, Phil Ponsonby.

With cooking now compulsory on the school curriculum, the Create & Cook Competition has even more relevance. School pupils from Year 7-10 are now being asked to 'understand the source, seasonality and characteristics of a range of ingredients' as well as have a general understanding of cookery techniques and nutrition.

As Min Raisman, Director of Fit2cook food education explained: "The focus of the Create & Cook Competition is for young cooks to create a two-course menu using local ingredients sourced from their county. They'll also need to submit information about the production, character and distinctiveness of their key ingredients and show an understanding of why it's important to buy local. We believe that this insight not only makes young people better cooks as it demonstrates they really understand their ingredients, but also makes them aware that their buying choices have consequences - environmentally, socially and economically."

Abigail Jenkinson and Freya Body (both 14) from Applemore Technology College in Dibden Purlieu won the Hampshire final of the 2014 Create & Cook competition. They said: "I's been a great experience that has made us think more about following a career in food. We've learnt a lot from local producers and the judges were helpful and friendly so we weren't too nervous once we started cooking!" They were beaten in the regional final by competition champions Joe Lancaster and Alice Hyde, from Sandown Bay Academy on the Isle of Wight.

The deadline for young cooks aged 12-14 years to enter the 2015 Create & Cook Competition is Friday 20 March 2015, and entries need to be submitted through their school food technology department.  A county final will be held in Hampshire, West Sussex and the Isle of Wight; the winners from these will face a regional final in June to win £1000 for their school food technology department and the coveted fit2cook trophy.