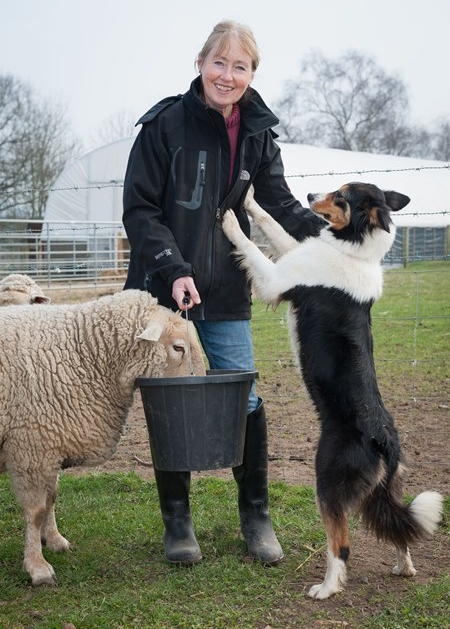 When Countryfile came calling, Hampshire Fare went into overdrive suggesting a variety of great stories among our members, but it was Mike and Anne Roberts of Cobley Wood Farm who captured their imagination. Countryfile were filming in the New Forest to celebrate the National Park's tenth anniversary, but were keen to find Hampshire stories from Hampshire Fare.

They were so delighted by Mike and Anne's experiences as second careerists learning to farm from a book that instead of doing a short piece for the programme, they spent all day on their lovely mixed-livestock farm specialising in rare breeds. The farm is idyllically located in the hamlet of Harbridge Green, between Ringwood and Fordingbridge. Curious young lambs skipped about happily investigating the camera equipment and the camera crew while presenter Matt Baker presented the piece and tucked into a lunch of goat burgers made from Cobley Wood Farm's own fresh produce. Hampshire Fare were there for the filming, too. A great day was had by all.

This edition of Countryfile went out last Sunday, 29 March 2015 and is still available on iplayer.