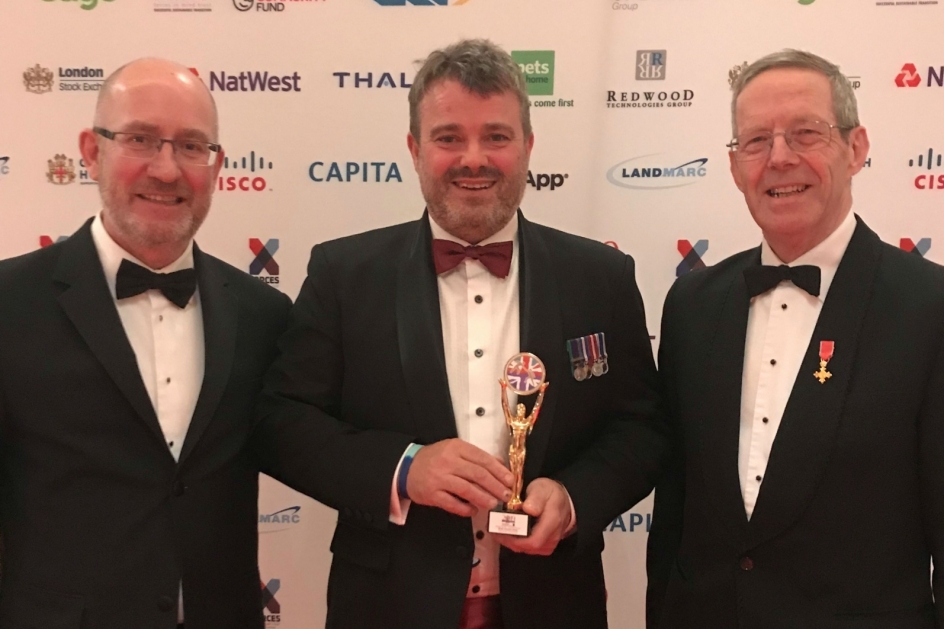 Hampshire honey producer, John Geden, is celebrating sweet success after being recognised at the Soldiering On Awards on Friday 5th April.

In their ninth year, the awards recognise truly inspirational people and teams and highlight the outstanding achievements of current and former service men and women, their families and all those who support the Armed Forces Community.

John’s business, Sinah Common Honey was crowned winner of the Community Impact Award. The category was sponsored by Cisco and recognises a business started up by an individual linked with the armed forces, that has made a real impact to the Armed Forces Community.

When John retired from a 32-year career in the military and police force he was suffering from complex-PTSD. He struggled to find civilian employment and decided to take his love of bee keeping to a new level and run it as a business. John manages 200 hives, produces two tonnes of honey and runs beekeeping course for veterans. He is shortly launching a cosmetic product, with the proceeds going to military charities.

John was shocked by the result: “I was thrilled to be even nominated for this award, ecstatic to have reached the finalist stage and so you can imagine just how I feel to have actually won. That is even more special when I consider the strength of the competition in the category.

“I am humbled by the veterans and service personnel that I work with at Help For Heroes on the Beekeeping project; their stories are quite remarkable and it is an honour for me to run beekeeping courses that may just help relax troubled minds and focus them on something natural and amazing.”

Buy products from Sinah Common Honey online or look out for John at local events.