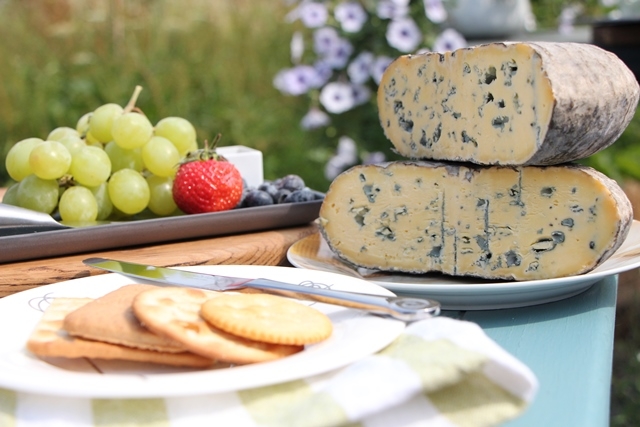 Britain has become a nation of cheese lovers with the number of British cheesemakers doubling in the last 20 years. There are now over 900 British cheeses made from cow, goats, ewe and even buffalo milk. And according to HMRC figures its not just the British who love our cheese with exports of UK cheese at an all-time high.

Barkham Blue, made by Two Hoots Cheese, beat 986 British cheeses to win Supreme Champion 2015. Two Hoots Cheese is based in Barkham on the Hampshire and Berkshire border and is owned by Sandy and Andy Rose. Barkham Blue won its first award back in 2003 when it was crowned Best New Cheese at the World Cheese Awards and won Gold at the British Cheese Awards in the same year. Since then it has gone on to win multiple awards including its latest achievement of Supreme Champion 2015 and Best Blue Cheese. They also won Gold for their Rosethorn Blue.

Local cheese lovers can find out more about where to try and buy these award-winning cheeses on the Hampshire Fare website, www.hampshirefare.co.uk.

During July’s Hampshire Food Festival there will be an opportunity to tour Lyburn Farm and enjoy a cheese supper on the 7th, 8th, 14th, 15th and 21st July at 6.30pm, adults £10 and children £5. More details are available on the Hampshire Fare website or call 01794 399982 to book.

Indulge in a Hampshire Cheese and Chocolate Tasting Evening on Tuesday 14th July, 7.30pm at Upton Park Farm, £30. Call 01962 732731 to book. There will also be a chance to meet local cheesemakers at the New Forest and Hampshire County Show on the 28th, 29th and 30th July, visit newforestshow.co.uk for more information.