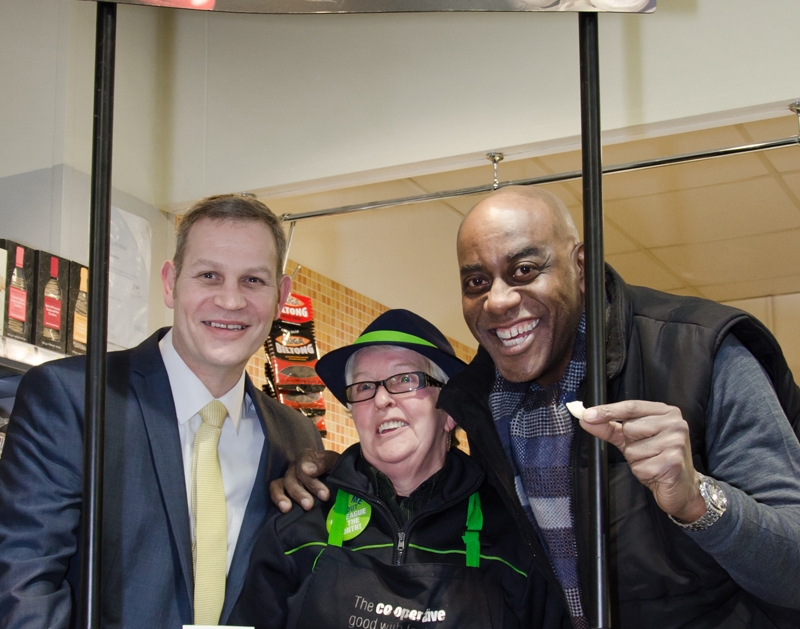 Wickham will feature on BBC One's The One Show this Wednesday (1 May) at 7pm when Ainsley Harriott visits the town to celebrate its local heroes.

The TV feature celebrates the long service of two scout leaders in the 1st Wickham Scout Group, with a surprise party at the new scout headquarters hosted by Ainsley. The One Show visited our corporate partner, The Southern Co-operative store in Wickham, which donated food and drink for the party, to film scouts as they helped customers with bag-packing and a 'Local Flavours' cheese tasting.

Last year, The Southern Co-operative (TSC) donated £10,000 from its Community Support Card scheme which helped to fund the building of the new scout headquarters for 1st Wickham Scout Group. The store was recently presented with the Community Business Award by Wickham Parish Council, in appreciation of the store's contribution to the local community, and has also just won 'Community Engagement Team' at the 2013 TSC Awards. The Wickham store's colleagues participate in and support village events, volunteer at the local school and care home, are involved in the Chamber of Trade and fundraise through the Community Support Card scheme and other donations.

The TV show also visited Swanmore Butcher, McCarthy's Farm Shop and Stainers bakery in Bishops Waltham, who gave their support to the celebrations alongside TSC. Retail Business Manager at The Southern Co-operative in Wickham, Pete Wearn summed up: 'It was great to welcome The One Show and Ainsley to the store and the town. Filming was fun and we appreciate that our ongoing community involvement was acknowledged in this way.'