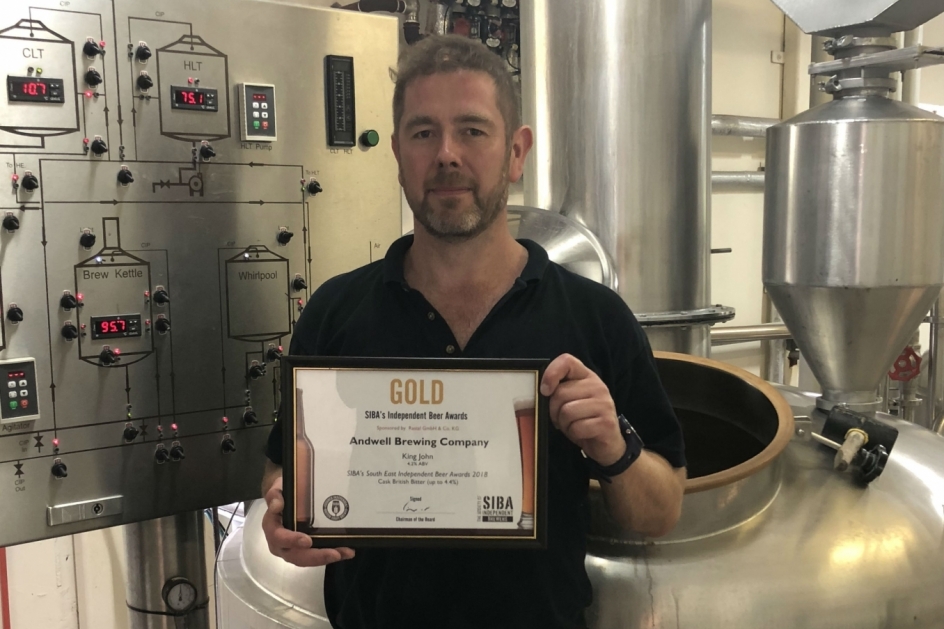 King John then went on to be awarded Silver for the ‘Overall Champion of Cask Beer’. This was supported by a Bronze award for ‘Bottled/Canned British Dark Beers’ for their rich and malty Porter.

Since opening its doors in 2008, Andwell Brewery has consistently received accolades for its range of beers and ales, including Bronze for the International Beer Challenge for their premium craft lager, Pilsner. And SIBA Gold award for 'Standard Bitters' for their Gold Muddler, golden blonde ale.

Alex Bell, Head Brewer at Andwell Brewing Company commented “It is a great achievement for the brewery to receive recognition for some of the finest ales I have tasted and brewed. King John and Porter are highly regarded in the South of the UK so we couldn’t be happier that the SIBA judges enjoyed them too!”

Andwell Brewery is open for tours as well as having an onsite cafe, shop and meeting facilities. Find out more.