Alfred's Brewery is the people's choice! 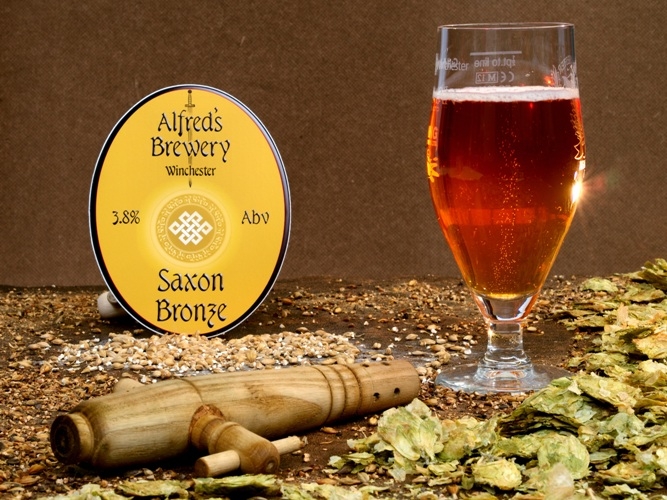 One of our newest members, Alfred's Brewery, impressed drinkers at the recent CAMRA Winchester Real Ale and Cider Festival with their Saxon Bronze brew.

Festival goers voted Saxon Bronze 'Beer of the Festival'. The event was held at the end of March at the Winchester Guildhall and offered a great mix of more than 80 different locally and nationally brewed beers.

Alfred's Brewery was set up by Steve and Isabelle Haigh in Winchester in 2012. After several trial brews the micro-brewery has created a recipe it is proud of. It combines three speciality malts to make a distinct, bronze brew, tangerine and citrus fruit from the hops give it a clean finish.

In 2012 Saxon Bronze was awarded Hampshire's third place Beer of the Year, an admirable achievement in the first year of brewing. Brewery owner, Steve Haigh, was delighted by their most recent achievement: 'We are extremely proud that Saxon Bronze was so well-received less than a mile from where it was brewed.'