A bite of British 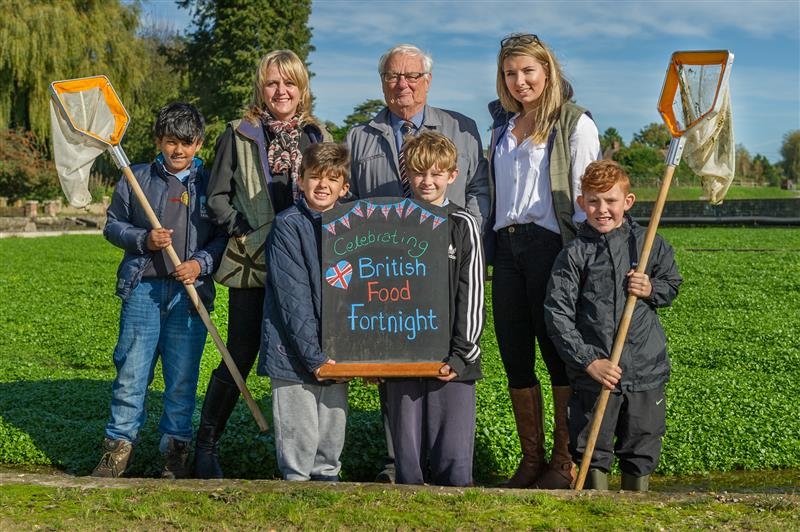 British Food Fortnight will see people across the country celebrating all that is wonderful about British food.

The two-week celebration led by Love British Food will begin on 23rd September. Hampshire Fare, a proud member of Love British Food, will once again be taking local food into the classroom. Year 6 pupils at Berrywood Primary School in Hedge End will be visited by local producers including J&S Fish, Honesty Group, New Forest Fruits and Naked Jam.

Hampshire Fare has worked with Bentley School and Wicor School in previous years and the legacy will live on as both schools will independently organise local producer led events during British Food Fortnight.

Tracy Nash, Commercial Manager of Hampshire Fare commented: “British Food Fortnight is one of our favourite times of the year! We so enjoy going into schools and sharing our love for local food and drink with the next generation. Our plan is to visit a new school each year, always leaving behind the knowledge and skills needed for the school to organise their own British Food Fortnight session for the following year.”

New for this year, Hampshire Fare has teamed up with local producer, Great British Biscotti, to challenge students in local catering colleges to create and make a Hampshire canapé using the biscotti.

Hampshire Fare has also been working closely with Hampshire County Council Catering Service (HC3S) to support them in sourcing a British meal with an emphasis on Hampshire ingredients. Throughout the fortnight, pupils across the county will be served a British meal including Hampshire beef patties supplied by Solent Butchers, Hampshire watercress salad from The Watercress Company and strawberries from New Forest Fruits. Secondary schools will also be serving British themed dishes throughout the fortnight. HC3S are encouraging schools to take part in as many healthy eating events as possible.

The local Riverford Farm at Upper Norton is inviting people to the farm to take part in their Veg Masterclass and Farm Tour. They will also be taking a coach to visit their farm in Devon for lunch, breadmaking and a farm tour.

Emsworth will once again inspire with a packed programme of events to celebrate British Food Fortnight. From apple pressing to A Thought for Food Market, it will be a local food lover’s paradise. View full programme.

Shop for local produce at the Winchester Cathedral Harvest on 30th September and 1st October. With lots of Hampshire food and drink to try and buy there will also be activities for all the family.