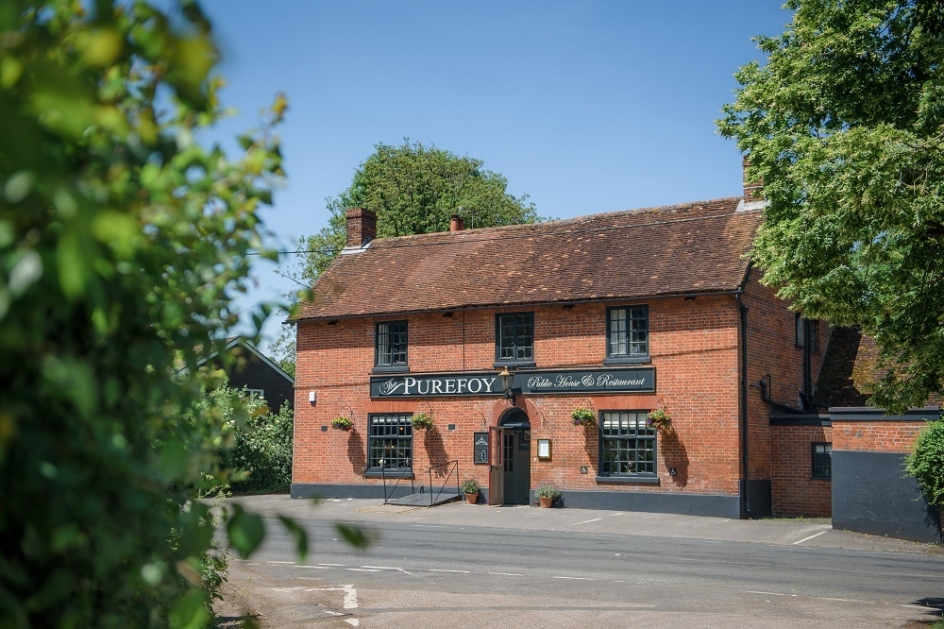 The Purefoy Arms, owned by multi-award-winning chef patron Gordon Stott, has been recognised in the ‘Best Food’ and ‘Best Chef’ categories. Winners will be announced at a ceremony at London’s Royal Lancaster Hotel on 5th September.

Known as “the Oscars of the pub industry”, The Great British Pub Awards are run by leading trade magazine the Morning Advertiser and attract hundreds of entries each year. This is the latest in a string of accolades for The Purefoy Arms, topping off an impressive 12 months since the pub opened in summer 2018. This has included Gordon and his team being awarded highly coveted 2 AA Rosettes and a Michelin Bib Gourmand as well as winning Gastropub of the Year 2018 at Food Awards England.

Gordon commented: “We couldn’t be happier to be a finalist in both categories. The whole team works so hard to create something that’s unique to The Purefoy Arms with exciting, inventive twists on classic British dishes.”

Another Hampshire Fare member has also been named as a finalist - this time in the 'Best Pub Manager' category. So many congratulations to Paul Stephens, General Manager of The Old Customs House, Portsmouth.