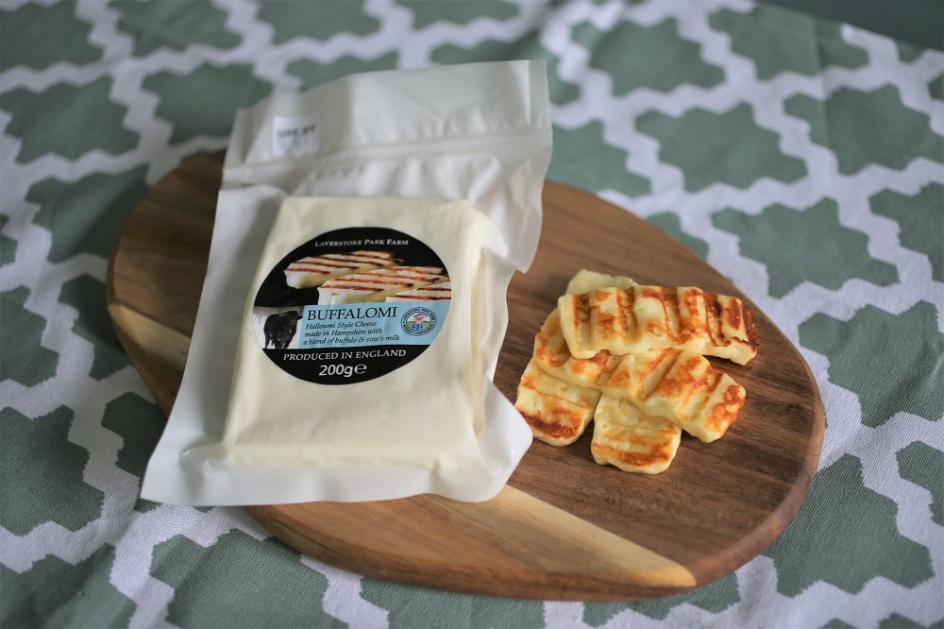 During Lockdown, Jody Scheckter’s farm, Laverstoke Park, have been quietly working away, developing a new cheese to add to their dairy range. The result, made using a blend of cow and buffalo milk, and named Buffalomi, is a medium fat, hard grilling cheese. The flavour is creamy and salty. Served pan-fried or grilled, it has a wonderful crisp outside while retaining a squeaky, soft centre. The buffalo milk gives the cheese both a tanginess and depth of flavour.

It has taken eight months to develop and refine the production process and the Lavertoke Park team were delighted to celebrate the cheese's launch with Fuller's, who listed Buffalomi on their pub menus in May – in time for the reopening of the hospitality sector.

With demand for Buffalomi rising, Laverstoke Park have invested in state-of-the-art equipment from Cypriot company Christakis Agathangelou. This special equipment, designed specifically for halloumi production in Cyprus, will enable Laverstoke Park to increase the efficiency and volume of their Buffalomi production. Jody’s team currently produce 1600 units of 250g Buffalomi per week. The new equipment, being fitted in their on-site dairy processing facility at the end of July, will enable them to produce 5000 units per day, increasing production by 800%.

Those keen to enjoy Buffalomi will find it served in local pubs including Fuller's pubs, and The Bugle Inn, Twyford, and The Fox, Crawley, both near Winchester.  It is also available to buy from The Cheese Room, Newlyns Farm Shop, North Warnborough, near Hook.

Chef/Patron Lenny Carr-Roberts of The Fox, Crawley, suggests crumbing and frying Buffalomi and serving it with a crunchy, chopped salad with a tahini, yoghurt, lime, garlic and soy dressing, chopped roasted peanuts and lime. Alternatively serve simply chopped and grilled as Buffalomi fries with a mint yoghurt dip sprinkled with pomegranate seeds, or in a Buffalomi burger with avocado and sweet chilli sauce.

The team at Laverstoke Park suggest pairing Buffalomi with a sparkling white wine as the acidity cuts through the saltiness of the cheese – an example is their own biodynamic English sparkling wine, 2015 Vintage Brut.