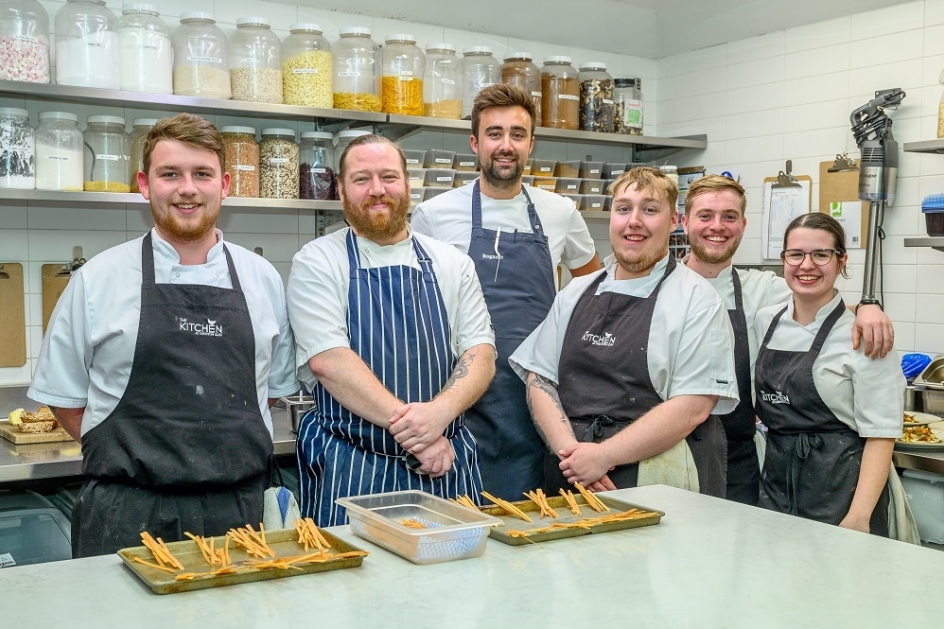 Great British Menu 2021 Finalist Oli Marlow returned to his roots when he joined Luke Matthews, Executive Chef, Chewton Glen, to showcase some of his dishes from the Great British Menu, and Hampshire Fare was invited!

Hampshire-born 30-year-old Oli Marlow was trained by Luke Matthews some years ago when he undertook a three-year apprenticeship at Chewton Glen while studying at Bournemouth & Poole College. He went on to work for The Fat Duck (Bray), Eleven Madison Park (New York) and Maaemo (Oslo), all of them Three Michelin Star establishments. For the past four years or so, Oli has worked for Simon Rogan, coincidently another Hampshire-born, Great British Menu veteran, currently in the role of Executive Chef across Simon Rogan’s Aulis and Roganic Restaurants (London and Hong Kong).

In the Great British Menu 2021 competition, Oli Marlow not only won the main course for last year’s banquet, but also achieved the highest score in the show’s history across all four courses. His cooking style is very seasonal, deceptively simple, and based on classical English flavours. His winning main course, entitled Special Delivery, was a playful take on a takeaway, referencing the impact of lockdowns on the hospitality industry, and featured guinea fowl done multiple ways, miso-fried wings, barbecued maitake mushrooms, a confit egg yolk-filled potato nest and an array of condiments, presented in wooden delivery boxes.

Luke Matthews comments: “I’m immensely proud of Oli’s achievements and to have had a part of guiding him – although it is his own sheer determination that has made him achieve one of the highest Great British Menu scores to date! Chewton Glen is all about training talent. One of our team, Alfie Marchant, is just finishing the three-year Specialised Chef course that Oli went on at Bournemouth & Poole college. Luke Phillips, Head Chef, The Kitchen, Chewton Glen, also did this training.”

Luke spends time working with colleges such as Eastleigh College and Brockenhurst College preparing pop-up guest dinners with the students. This allows him to spot talent. For example, Tracy Nash of Hampshire Fare noticed that James Tumilty was working in the kitchen alongside Oli Marlow. James attended Eastleigh College and Tracy recalled him working on Hampshire Fare’s Great Hampshire Sausage and Pie Competition while at the College. James has been working with Luke Matthews for the past year, and Luke describes him as a great lad!"

Tracy Nash says: “It’s great to see how people in hospitality retain close contacts with their roots. Oli Marlow has achieved so much in a very impressive career, and yet it was a very humble Oli who led the Chewton Glen team. We were also delighted to also see that Chewton’s kitchen team included James, a student from Eastleigh College, who had previously worked with us for the Great Hampshire Sausage and Pie Competition. Watching James in the Chewton Glen kitchen looking so confident was brilliant. This young dynamic kitchen worked so well with Oli that there were fist pumps for everyone at the end of the evening!”

Images with thanks to The Electric Eye Photography 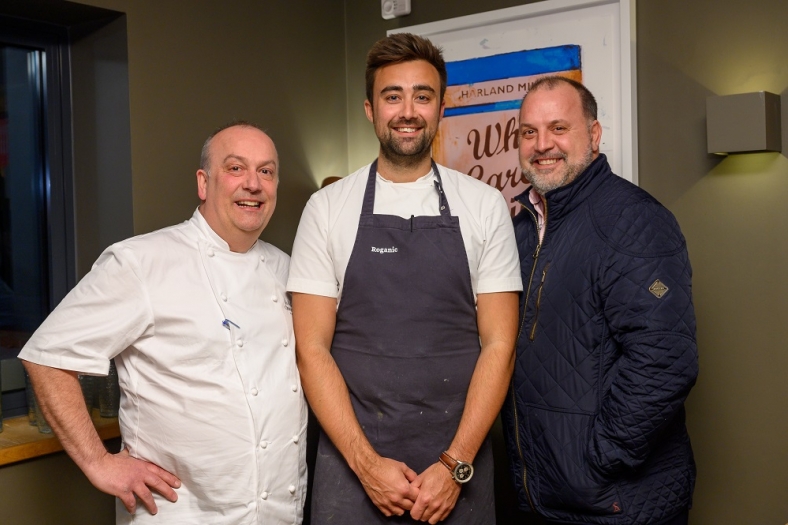 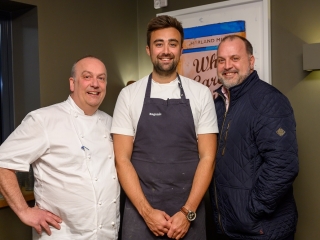 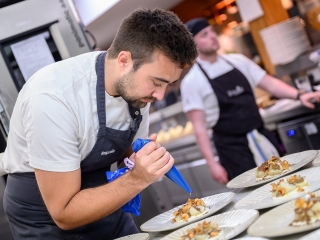 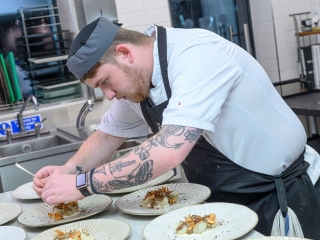