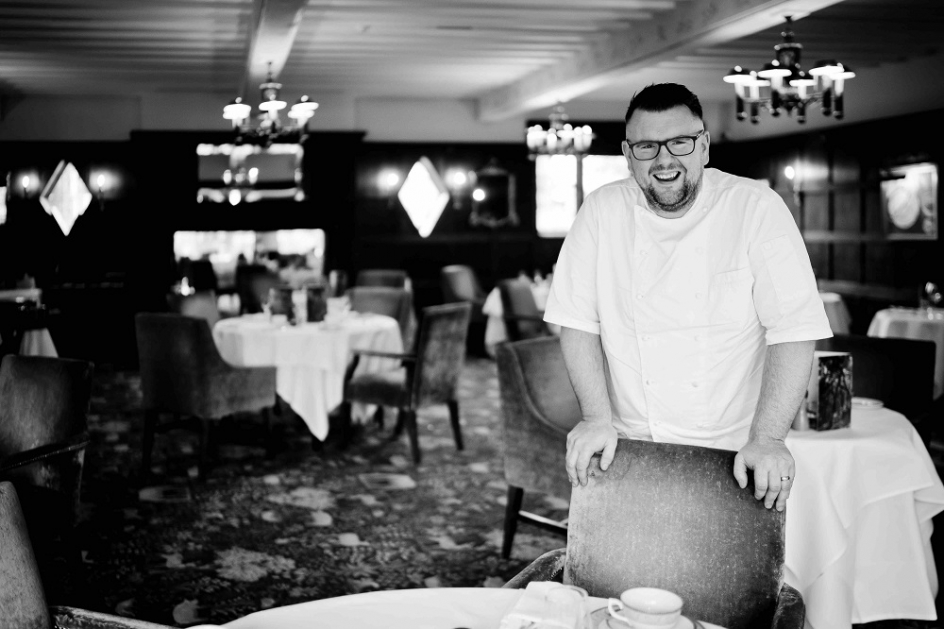 The Montagu Arms, Beaulieu, in the New Forest, has appointed Nathan Eades as Executive Chef of the hotel’s award-winning, 3 AA rosettes, fine dining restaurant, The Terrace.

With over 16 years of experience in the industry, Nathan joins from The Wild Rabbit in Oxfordshire, where he held the position of Head Chef for over four years. During his role, Eades oversaw a brigade of 20 that achieved several awards within the AA, Michelin Guides, and Good Food Guide, and was listed in the Top 50 gastropubs.

Prior to The Wild Rabbit, Nathan was Head Chef under Chef Director Luke Tipping at the Michelin-starred Simpsons Restaurant in Birmingham. He has also held senior positions at several other award-winning restaurants, including Fishmore Hall in Ludlow, which held 3 AA rosettes, and Five-Star Lainston House in Winchester.

At The Montagu Arms, Nathan will be responsible for the development and execution of the hotel’s menus, for both The Terrace and Monty’s Inn, as well as managing the kitchen team on a day-to-day basis. Having trained in French classical cooking, his menus will see British home comforts reimagined in elevated and exciting ways, providing modern and refined, yet unpretentious dishes. The menus will also continue to champion seasonality and fresh hyper local Hampshire ingredients, for which The Terrace is renowned.

Nathan Eades, Executive Chef at The Terrace, comments: “I am thrilled to take on the role of Executive Chef at The Montagu Arms. The Hampshire larder is one brimming with fantastic produce and I am excited to develop a dynamic menu using ingredients from the hotel’s kitchen garden. I look forward to working closely with my new colleagues to produce a memorable experience for our guests.”

James Hiley-Jones, Managing Director, Greenclose Hotels, says: “We are absolutely delighted to welcome Nathan Eades to The Montagu Arms. We are very grateful to Matthew Whitfield who leaves us after three and a half years to take on a new challenge. We look forward to exciting times ahead under Nathan, a passionate and extraordinarily talented chef with big plans for The Terrace.”