In Praise of Eating Out

Don’t know about you, but at Hampshire Fare we’re missing eating out so badly it’s like withdrawal symptoms! As restaurants nudge towards a release from lockdown, we suggest tucking into The Restaurant: A History of Eating Out – written with verve and humour by the erudite William Sitwell (pictured here) - restaurant critic for the Daily Telegraph, regularly spotted making acerbic comments on MasterChef, and previously award-winning editor for Waitrose Food magazine .

This an engrossing read for all foodies and positions the restaurant where it should be –  an integral part of the cultural landscape. Launched mid-April, three weeks after the sudden closure of cafes, gastropubs and restaurants, The Restaurant’s debut as Radio 4’s Book of the Week already felt poignant.

William Sitwell writes: “There are few things as multifarious as a restaurant. It is a business, a hobby, a passion and a calamity. Between a restaurateur and a chef, or the two combined, it takes ingenuity, business acumen, creativity, technical expertise, design or artistic sensibility, accounting sense, literacy, people skills, public relations proficiency, marketing know-how, negotiating talent – and it helps if you can cook.”

He adds: “The history of eating out is a story of politics, of terror, of courage, of madness, of luck, of innovation, of art, of love and of quiet, earnest endeavour.”

Tracing its earliest incarnations in the city of Pompeii, this is a romp through history as we meet the characters and discover the events that shape the way we eat today. These include influences from a 14th century culinary adventurer, the French Revolution’s unintended consequences for fine dining, the Roux brothers transforming Britain’s post-war dining scene, and Alice Water's counterculture food revolution, championing the farmer and seasonality back in 1960s California (an ethos that Hampshire Fare was founded on three decades later). This is a story of art, politics, revolution, desperate need and decadent pleasure, and The Restaurant is a book to devour from start to finish or dip into for delicious morsels.

Our love of eating out is shown not to be a modern phenomenon. Indeed William quotes Samuel Johnson, who wrote in 1791, “There is nothing which has yet been contrived by man, by which is much happiness is produced, as by a good tavern or inn”.

Over 200 years later, we can only agree.

The Restaurant: A History of Eating Out by William Sitwell, is published by Simon & Schuster (£20 hardback). William Sitwell has also provided Hampshire Fare with three copies to give away in a new competition. Visit our competition page for more information. (Author image: picture credit Nichole Rees.) 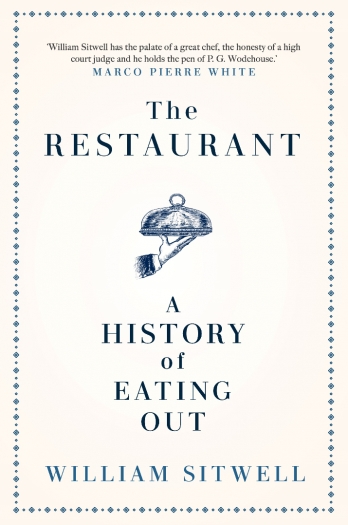 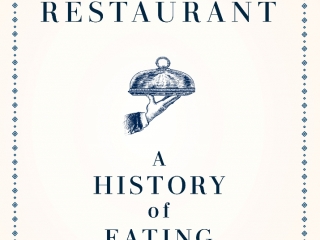