Hurrah for the Hampshire Hog! 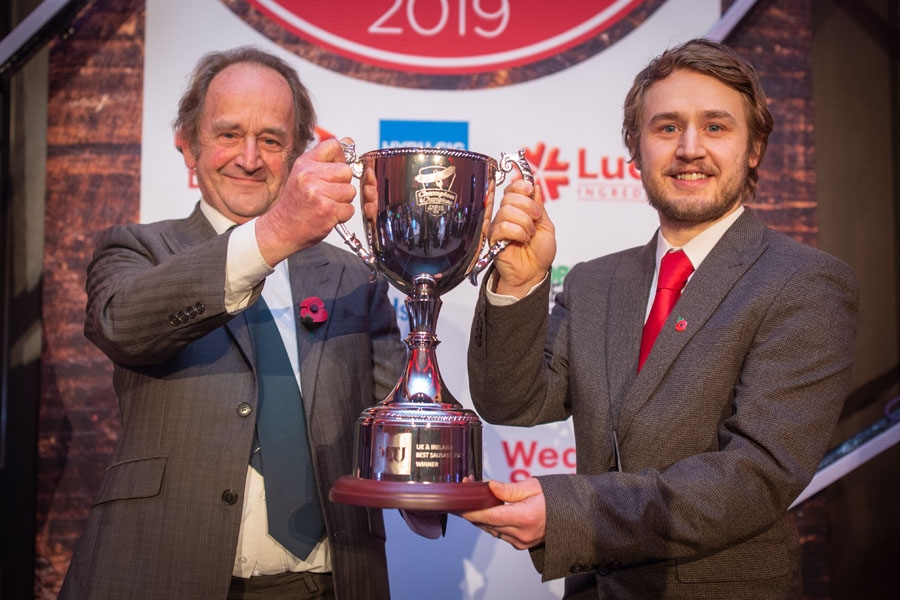 Father and son team Martin and Tom Martindale of Greenfield Farm Shop have won the title Champion of Champions, best in the UK and Ireland, at the Butcher’s Shop of the Year Awards 2019, for the Braishfield Banger.

Martin Martindale says: “This is a rare accolade and we are so happy to be recognised as the best producer in the UK for 2019.”

The sausage has been made by Greenfield Farm Shop to a special recipe using local honey from Roselea Apiaries to sell in Braishfield's community village shop. However, following this prestigious national award, the sausage has been renamed and relaunched as The Greenfield Sausage Champion of Champions 2019. It will be made to the same recipe, although with local honey from three suppliers close to Greenfield Farm Shop in Anna Valley. The original Braishfield Banger will continue to be available from The Braishfield Pantry.

Martin continues: “We have tried so hard over so many years. We’ve been up five times for the Champion of Champions Award, and while we were very pleased to get there, there is only one winner. On this occasion it was Greenfield Farm Shop. We are very proud. We were told that the judges had agreed we were clear winners and described it as a sausage for every occasion – even a royal occasion!”

Tracy Nash, Commercial Manager, Hampshire Fare, says: “We are delighted that our Great Hampshire Sausage & Pie Competition has given Martin and Tom Martindale this opportunity and that they have shown that the Hampshire hog is top!”

The Greenfield Sausage Champion of Champions 2019 will be sold in Greenfield Farm Shop and farm shops and village stores across Hampshire including The Braishfield Pantry.

Sharon Fielding from The Braishfield Pantry says: “We're a little excited that the Braishfield Banger has won Champion of Champions at the Butchers Shop of the Year Awards 2019. We're thrilled for Martin and Tom Martindale of Greenfield Farm Shop. What an amazing achievement.”