Harvest of Food, Fun and Education 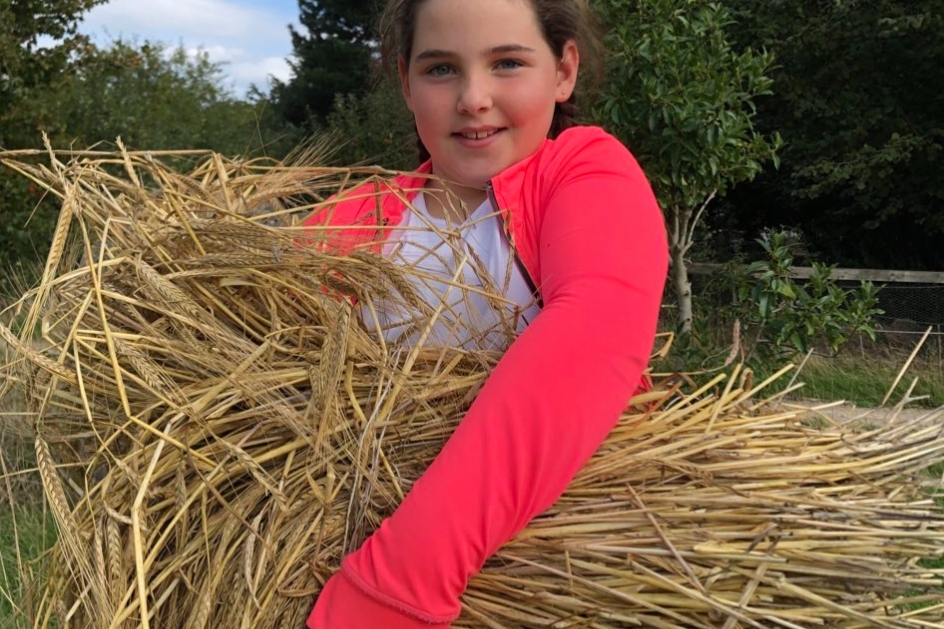 This time last year Hampshire Fare, as winners of British Food Fortnight 2018, were given the opportunity to launch British Food Fortnight 2019. Hampshire Fare marked the occasion by returning to Wicor Primary School - as the county food group had first worked with the School five years previously, due to the School’s successful record in food education.

Just six months after the launch, lockdown restrictions highlighted the benefits of nature, local produce and growing-your-own. A year on, in British Food Fortnight 2020, Louise Moreton, School Horticulturalist with Wicor Primary School, reflects on the importance of children growing and cooking food during lockdown.

“Children were sent off to isolate with families with just a day’s notice. They were sent home with the usual school resources: books, pencils, paper and work, but we wanted more than that. We wanted our children to take something home to look after, nurture and bring back to us when lockdown was over, and we were back at school. This would give them a sense of continuity, and the expectation that school would return.

“Within two days we managed to send home with the children pots of mint and packets of vegetable seeds with instructions on how to look after them. Over the next four months work packages were hand delivered to every school household fortnightly, and we made sure that in every packet our ethos of looking after nature and a love of horticulture continued as thousands of seeds, beans and onion bulbs were sent home. Daily letters to families from the Headteacher encouraged children to look after their plants, to record their growth and submit pictures and updates to the newsletters.

“Lockdown did not stop us teaching children about food. We kept our school community growing, looking forward to producing vegetables and sharing recipes. We kept the school vision of teaching children about horticulture and food production flourishing – with the growing, harvesting and cooking now taking place in the children’s homes. We kept the vision and aims of our school alive, continuing them in individual households.

“The school also stayed open to keyworker children, and our love of nature, horticulture and food became daily essentials during this period. To inspire the children to use seasonal produce, Oli Blanc (chef, entrepreneur and Love British Food Ambassador) zoomed into the classroom from his home for a cook-along. Delicious honey and herb-based salad dressing and tasty chocolate pots with seasonal berries were really popular (with very few of the dishes making it home)! All of the recipes were created around produce the children had grown and could harvest from the school allotment. Honey was from the school beehives. Recipes were taken home by the children and they were encouraged to cook them again with their families – replicating and extending family cookery workshops which had been held in the Wicor Field Kitchen during British Food Fortnight six months earlier.

“Neither did lockdown stop the continuation of a barley growing project which had started in February this year in association with farmers and entomologists from Reading University. Three different fields of barley (seed provided by the university) were sown with varying amounts of wildflowers: the first bed was devoid of wildflower; the second had wildflowers around the edge; the third the flowers were spread throughout the barley. The children diligently sowed the seeds. Then they watched, waited and logged the growth and weather. Photographic evidence of growth was also taken, along with regular sessions spent identifying and logging the different insects that visited the three adjacent patches of barley to help the children understand the importance of pollinators. This month, September, the children who originally planted the barley are back in school. They have had the excitement of being involved in the harvesting of the barley, following traditional methods of threshing and winnowing. The results will be milled and made into flour for the children to cook their own pizzas topped with vegetables and herbs from our allotments.”