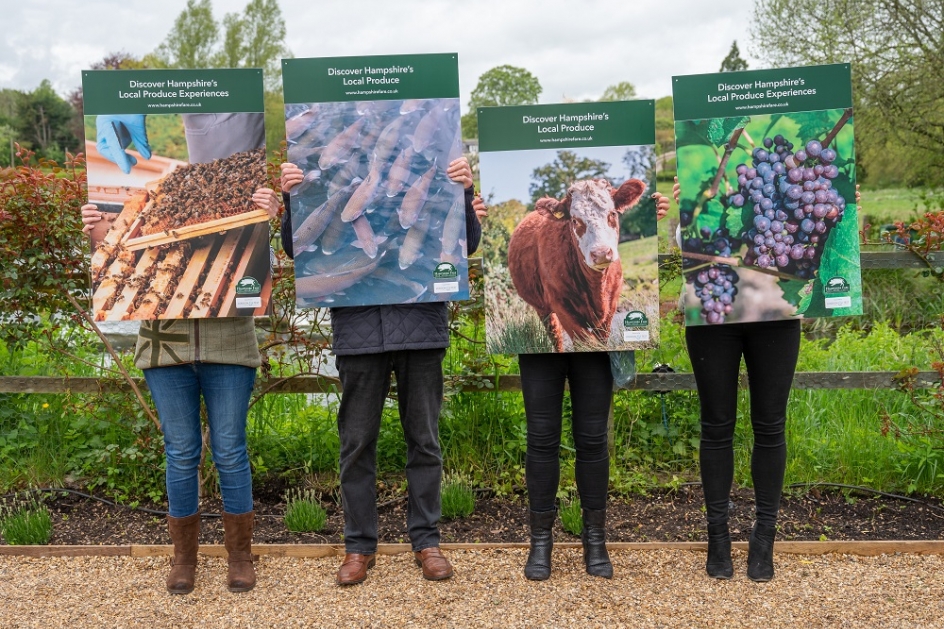 When the local area's heritage is considered, the focus is often on historic buildings. Yet Hampshire’s food and drink, and the industries and services that have grown up around its production and distribution, are an intrinsic part of Hampshire’s heritage, and have played a significant role in shaping Hampshire’s landscape, character and identity.

This has been recognised by Winchester Heritage Open Days (part of England’s largest festival of history and culture) who launched HistBites in summer last year. This is a podcast channel (winchesterheritagedays.org/introduction-histbites) comprising informal chats with experts uncovering tales about Hampshire’s hidden or little known heritage.

Tracy explained how Hampshire Fare started with a small group of farmers back in 1991 and has grown into an organisation of 400 members including food, drink and craft members, as well as farm shops, village stores, and cafes, bars, pubs and restaurants using local produce in their menus. As Tracy says: “from a small deli café right up to a five star hotel.”

She continued with examples of Hampshire’s food and drink heritage, old and new, including strawberries, trout and wine. This included mention of The New Forest Fruit Co, who not only grow over 4,000 tons of strawberries each year, but also grow the earliest cropping asparagus in the country. Tracy also recounted the success story of ChalkStream trout, which has become popular with chefs nationwide. A more recent addition has been Hampshire wine. The first commercial vineyard in the country was here in Hampshire, back in 1952, at Hambledon. Since then the ‘terroir’ of Hampshire has seen many vineyards create award-winning wines.

Tracy added: “If we fast forward to 2022, there will be a wine tourism centre [in Hampshire] that is currently being built at Hambledon Vineyard.”

Tracy gave more detail about Hampshire Fare’s own role including (in the past decade) a major project, Preserve the Hampshire Hog, with funding from the Prince's Countryside Fund, training pig farmers in the art of charcuterie. This led to the establishment of Hampshire Charcuterie.

She also mentioned how Hampshire Fare has celebrated its 30th anniversary, including teaming up with Hampshire Fare member New Forest Hamper Company to create a collection of hampers stuffed with members’ produce (read more HERE).

In addition, Tracy reflected on the effect of the pandemic and lockdowns on Hampshire’s food and drink industry, remarking on the increasing interest (locally and nationally) in local produce and shopping in smaller independents such as traditional butchers, greengrocers and farm shops.