The Future of Hospitality 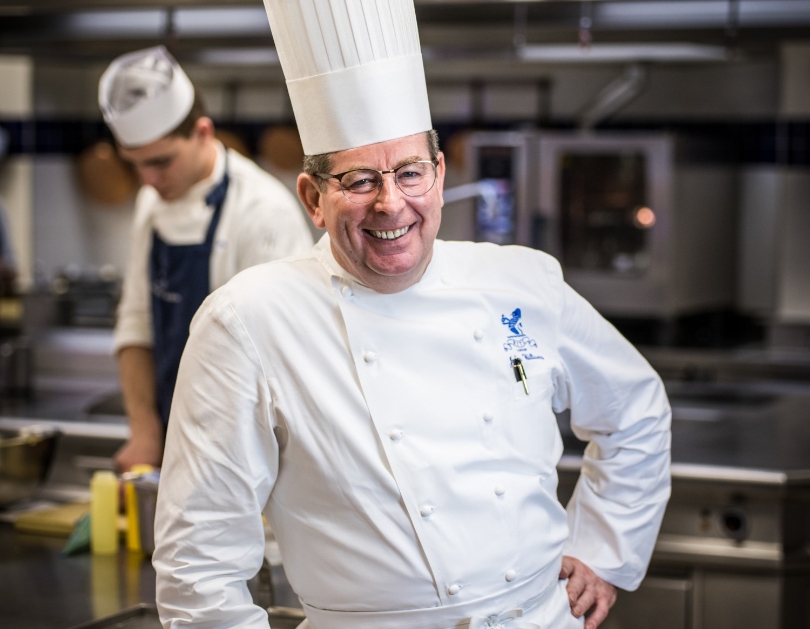 Hampshire Fare has been working with a trio of Hampshire colleges to inspire the next generation of chefs. Hampshire Fare helped the colleges (Basingstoke College of Technology, City College Southampton and Eastleigh College) to deliver a series of talks about the benefits of a career in the hospitality industry. The highlight was a two-hour webinar with John Williams MBE, Executive Chef, The Ritz London.

Originally Tracy Nash, Commercial Manager, Hampshire Fare, was approached by Greg Cheeseman, Course Leader and Chef Lecturer, Eastleigh College, to give an online talk to the students about the value of local produce.

Tracy Nash, explained: “Following this, Hampshire Fare decided that, at a time when there was so much negativity around hospitality due to the impact of lockdown, we wanted to provide input into students training for a career in hospitality to show them how vibrant and rewarding the industry is!

“We approached all our members, inviting them to become involved by giving up their time to help inspire our students. Many responded, including producers and chefs, among them Luke Holder, Chef Director, Lime Wood; Luke Matthews, Executive Head Chef, Chewton Glen, and Phil Yeomans, Executive Chef, Lainston House, discussing their routes into hospitality and the benefits of a career in the industry.”

Tracy Nash also teamed up with Darren Seward, Sector Lead for Hospitality & Food and Drink, NFU Mutual (one of Hampshire Fare’s partners) to deliver three separate sessions to each college covering the importance of local food and drink for successful independent hotels, pubs and restaurants.

The success of these sessions encouraged Tracy Nash to approach John Williams MBE. Within hours he had agreed to deliver a talk – the first tri-college online webinar to some 107 attendees (plus more viewing the follow-up recording) at the end of February 2021.

Tracy Nash said: “I was delighted to have John Williams undertake this talk for us. He provided some words of wisdom for the students, and recounted stories of cooking for Margaret Thatcher and HM The Queen. He really did paint a picture to the students of how a focused mind, determination, hard work and passion can get you places within hospitality.”

Khafera Palmer-Benn, student, Eastleigh College, said: “I really enjoyed the talk by John Williams MBE. He gave us good advice that I'll definitely take into my career such as using all of your senses to cook food. His insightful answers to our questions will surely help us in our future careers, and I am very glad that I got the chance to listen to his journey.”

Arthur Tripp, student, Eastleigh College, commented: “It was an honour to have John Williams MBE, who is regarded as one of the best chefs in the world, as a guest speaker. The best part was hearing that he still loves to cook and that he hasn’t for a moment regretted his career choice. John Williams is a real inspiration for young chefs.”

John Williams MBE responded: “it is a privilege and an honour to be asked to present my experience of my career to the students. I also consider it our duty to do these things as they are our future.”