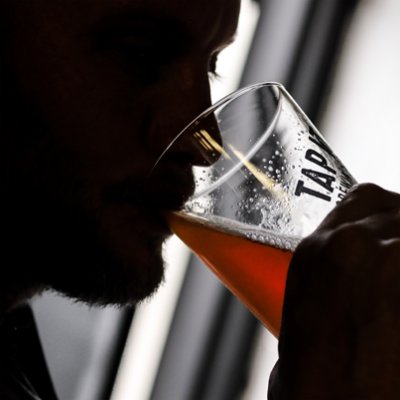 Don’t panic if you haven’t had a chance to buy a gift for the dad(s) in your life for Father’s Day (Sunday 19th June). Give a gift of local ale. It’s not too late for last orders and pick-ups, such as a gift pack, from a local brewery. Alternatively book your dad on a brewery tour or order a gift card online. Here’s our helpful guide to local brews.

Andwell Brewery is based in a converted trout smoke house in a riverside location near Hook. Great Father’s Day gifts include brewery tours and gift cards while gift packs can be bought from the brewhouse with ales including Hop Dog, a modern IPA, and Gold Muddler, a blonde ale.

Bowman Ales are brewed in countryside surrounding Droxford. This summer's specials include Jubilicious, a celebratory golden ale and British IPA. Beers can be bought as beer-in-a-box, mixed cases and gift packs, and collected direct from the brewery. Other gift suggestions are Bowmans deorated pint glasses.

Flack’s brew real ale in the market town of Romsey using the traditional double drop method. Its award-winning real ales include Gold, Hedge Hop and  Union Flack and can be bought from the Flack Shack brewery shop. Brewery tours can be booked online.

Goddards Brewery is the oldest brewery on the Isle of Wight and one of the first independent craft beer producers in the UK. Deliveries won’t arrive until after Sunday – but tell your Dad it’s worth the wait. Their new mixed case includes Ale of Wight, a bright blonde ale, and Starboard, a golden session beer.

Growling Gibbon is the very latest addition to Winchester’s brewing scene with crafty cans of juicy Tune In Freak Out available to order. Otherwise they are available to takeaway from Overdraft bars in Southampton and Winchester.

Longdog Brewery is a family-run brewery in Basingstoke producing a range of hand-crafted ales, among them Longdog, a traditional IPA, and Royal Corgi, an English premium best bitter, available from the brewery shop. Brewery Tours are available to book; other gift suggestions include Longdog half pint and pint glasses, and gift cards.

Pig Beer was set up by two brothers and a cousin in a former piggery in the New Forest . Their range of modern beers include Session, Storm, Blak and Radler and are available to click and collect from Pig Beer HQ (aka Hops House) in time for Father’s Day. Pig Beer glasses and T-shirts are also available.

Powder Monkey Brewing Company is unique – a brewery in a 19th century former gunpowder store in Gosport named after the name given to the boys and girls who carried gunpowder to the naval artillery guns on the warships. Beer can be ordered online for picking up from the brewery, and includes special Father’s Day gift packs of core beers, such as evocatively named Explosion, Drop Anchor and Scuttlebutt. Other gifts include t-shirts and brewery tours - with one including a couple of pints and hot dog or pie afterwards in the waterside tap house.

Steam Town Brewery, near Eastleigh train station, brews ales with modern flavours and a steampunk style branding for cool dude dads. Steam Town Brewery is offering 25% off cans and bottles bought online with the code ‘Fathersday’; pick up available from the tap room. Alternatively book your Dad onto a Beer Knight experience including tour, tutored tasting and burger meal.

Tap It Brewing Company, hidden in an industrial area of Southampton, brews innovative beers such as Dialing In New England Pale and Sweet Caroline honeycomb and marshmallow stout. They are available in kegs, and they periodically can beers, too.

Triple FFF Brewery is found in what was once Hampshire’s hop county, Four Marks, near Alton. Ales available in polypins online (for collection or delivery) and from the brewery store include new Jubilee Pale, as well as their classics such as Alton’s Pride and Dazed and Confused.

Image above supplied by Tap It Brewing Co.