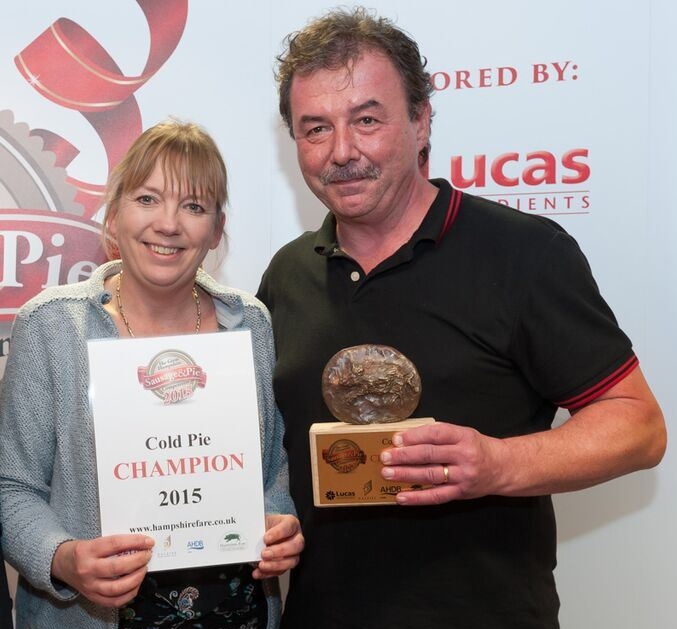 To celebrate our 25th anniversary we will be bringing you 25 Faces Behind the Food. We begin with Jane and Dave Endean from Mum and Dad's Kitchen.

An old family recipe was the beginning of Jane and Dave’s journey into cake making. They found the recipe after Jane’s mother passed away having battled with breast cancer. At the time they ran a convenience store whilst juggling jobs in the police and nursing. The cake gained a big following in the shop and encouraged by the feedback the couple launched ‘My Mum’s Cakes’ as tribute to her mother.

Customers’ feedback led to the move into gluten free cake and then gluten free pie. It took more than a year and a large amount of perseverance to get a gluten free pastry recipe that worked. They are now famed for their pies after picking up two trophies at the Great Hampshire Sausage and Pie Competition and being crowned ‘Best Professional Pie’ by Paul Hollywood at Carfest 2013. They are celebrating after receiving a Silver at this month's British Pie Week Awards for their Egg, Bacon and Chorizo pie. With the success of the pies the name of the business changed to ‘Mum and Dad’s Kitchen’.

Their award-winning and most popular flavour is Egg, Bacon and Chorizo Pie. You can find their full range at www.mumanddadskitchen.co.uk