All the latest events around hampshire

Shakespeare in The Garden

After a somewhat disrupted year, we're all in need of a “Summer of Love” more than ever. Open Bar are back with two plays that are full to the brim with comedy, romance and adventure!

Experience Shakespeare as it was intended - informal, raucous and in a spacious pub garden with a drink in hand. Whether this will be your first, or thirty-first night of Shakespeare, you will not be disappointed.

This year is Fuller's biggest ever for Shakespeare In The Garden, customers can attend one of 64 performances across 39 Fuller’s pubs from 13 July to 16 September 2021. Tickets can be purchased from fullers.co.uk/Shakespearehttps://www.fullers.co.uk/event-finder/shakespeare-in-the-garden

Booking is essential and tickets cost £18 per person.

This year’s production will once again take centre stage in pub gardens across the Fuller’s estate. Fuller's customers can now look forward to this special alfresco production from Britain’s greatest playwright. Experience a lively, informal style of performance, topped with incredible directing, original music staging and costume design – perfect for the relaxed setting of a picturesque pub garden. As the natural hubs of our communities, pubs are the perfect setting in which to recapture the raucous, accessible and inherently social spirit of Shakespearean troupe performance.

Shakespeare in the Garden is a comedic, fast-paced performance. The shows are suitable for people of all ages and would make a great family outing. Of course, Shakespeare in the Garden is enjoyed by Shakespeare lovers, but if you haven’t seen a Shakespeare play before, this would be the perfect introduction. They've also introduced an Order & Pay app in a number of their pubs, meaning you can order your food and drink throughout the show without heading to the bar inside - it'll be delivered straight to your table instead.

The two shows available this summer are Love's Labour's Lost and As You Like It.

Four men decide to lock themselves away from all human connection (imagine!) to study and improve themselves, - but they soon find that it really isn't as simple as that, especially when the Princess of France and her three beautiful friends are coming to stay.

Four couples separated by an oath, a “fantastical Spaniard” longing for a forbidden love, misplaced letters, a ridiculous play-within-a-play, a chorus of ukuleles, lightning-fast costume changes, drinks at your fingertips all make for a riotous Shakespeare comedy. Four actors will play all seventeen characters in this mischievous, and rather pertinent, love story. Laughter, romance and, perhaps most importantly, the longest word in Shakespeare.

Rosalind escapes her vicious uncle, dresses as a boy (because this is Shakespeare after all) and heads for the forest. There she meets a group of shepherds, and the boy she loves who also happens to be on the run from her uncle.

Run away with Rosalind and Celia as the Forest of Arden quite literally lands in Fuller’s pub gardens this summer. It may look fresh out of Shakespeare’s day, but it’s as relevant as ever, with original songs to help audiences follow the plot and six actors leaping around an impressive two-storey set.

Enjoy a relaxed summer's evening, sipping a pint and watching a performance in a Fuller's pub garden near you. Tickets can be purchased from fullers.co.uk/Shakespeare - but be quick they're selling fast! 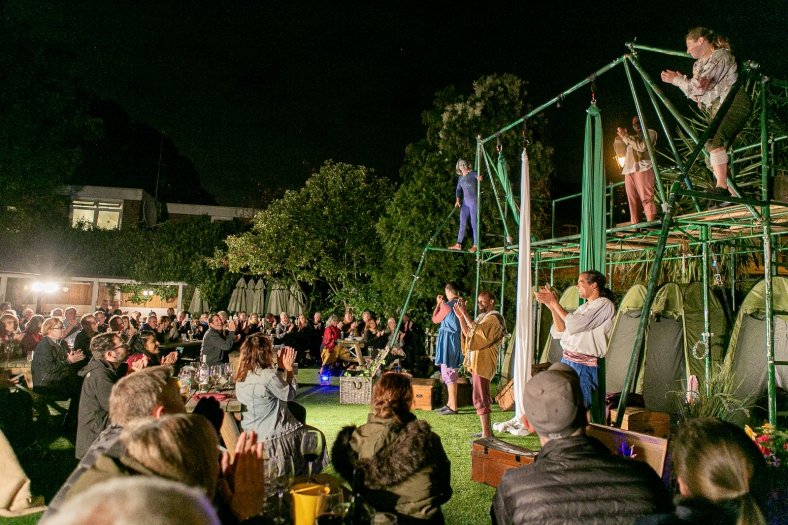 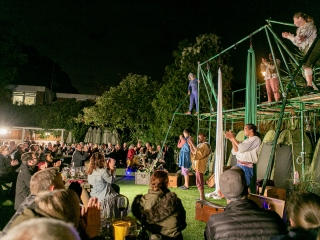 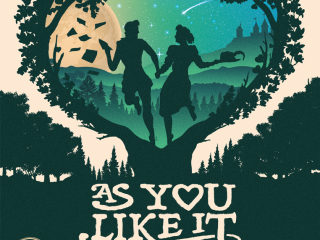 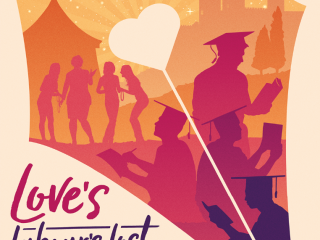 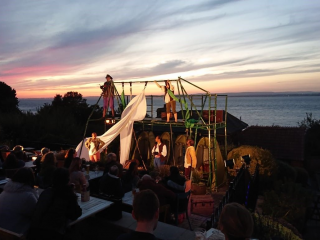